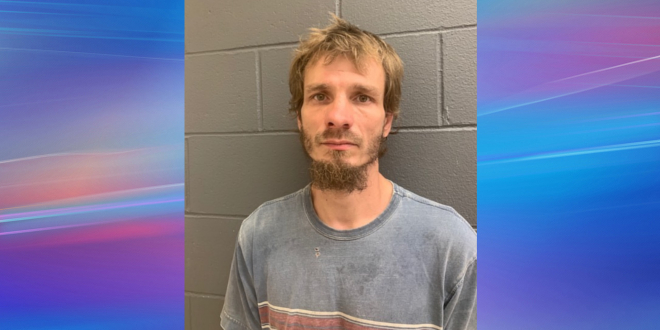 Brazil Man Arrested for Sexual Misconduct With a Minor

Clay County – Indiana State Police initiated a criminal investigation in November 2018, after receiving information that a 13 year old female had been sexually abused.

The investigation revealed that a Tony G. Brock, age 39 of Brazil, Indiana, allegedly had been engaging in sexual misconduct with a minor.

After reviewing the investigation, the Clay County Prosecutor’s Office issued an arrest warrant for Brock on July 11, 2019.  Brock was arrested this morning in Vermillion County, by the Clinton City Police Department after they had conducted surveillance on a residence locating Brock.  Brock was taken into custody without incident and is currently being held in the Clay County Jail on a $25,000 bond.

Investigation was conducted by detectives of the Putnamville State Police Post.

I play on the radio from 7 am -1 pm weekdays on 98.9 FM WYRZ and WYRZ.org. Follow me on twitter @WYRZBrianScott or e-mail me at brian@wyrz.org.
Previous Sixth annual Indiana Suicide Prevention Conference to take place in Valparaiso
Next Hendricks Power Cooperative & Endeavor Communications Announce Joint Venture