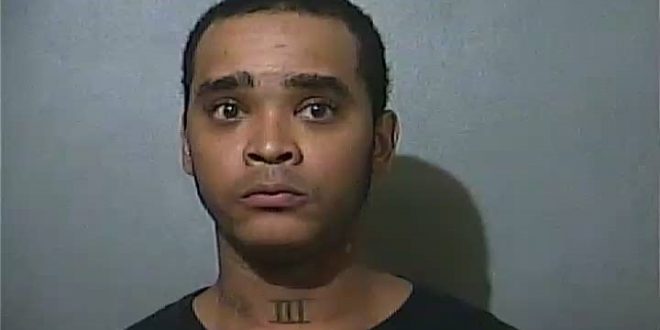 Vigo County – October 9, 2019, at approximately 7:35 p.m., Orelius T. Barnett III, age 34, of Brazil, was stopped for failure to signal near State Road 46 and Village Drive, by Senior Trooper David Petrowski.  Further investigation revealed Barnett was intoxicated and had a blood alcohol content of .33%.  A thirteen-year old boy and Barnett’s girlfriend, the boy’s mother, were also in the vehicle.  Barnett was taken to the Vigo County jail where he is currently being held without bond.  The thirteen-year old boy was released to his mother who was not intoxicated.

All suspects Are Presumed Innocent Until Proven Guilty in a Court of Law.

I play on the radio from 7 am -1 pm weekdays on 98.9 FM WYRZ and WYRZ.org. Follow me on twitter @WYRZBrianScott or e-mail me at brian@wyrz.org.
Previous Work is underway in Hendricks County on the I-70 and State Road 39 Interchange Modification Project
Next Town of Brownsburg still has openings for community members to participate in Trunk or Treat