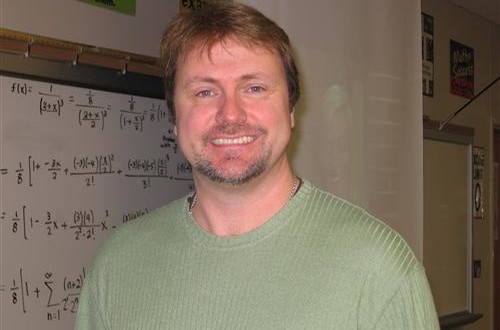 Avon, IN (January 11, 2016) – Avon High School Teacher Anthony Record was awarded a 2016 Lilly Teacher Creativity Fellowship. He will receive a $12,000 grant to support a project of personally and professionally fulfilling activities. Mr. Record’s project, “Newton vs. Leibniz: Following the Roots and Picking the Fruits of the Calculus Tree,” will investigate the lives and discoveries of Sir Isaac Newton and Wilhelm Gottfried Leibniz, co-discoverers of calculus. He will travel to London, Cambridge and Woolesthorpe, England where Sir Isaac Newton’s work on Calculus occurred. He will continue to Paris, France where Wilhelm Gottfried Leibniz’s work on calculus primarily occurred as well as visit his birthplace in Leipzig, Germany.

Mr. Record joins an elite group of Avon Community School Corporation teachers who have been honored with this Fellowship:

Previous Recipients of the Lilly Endowment

Lilly Endowment Inc., is an Indianapolis-based private philanthropic foundation. For 2016, the Endowment offered grants of $12,000 each to 100 Indiana K-12 educators from a competitive pool of 535 applicants. To view the news release regarding this award and for more information about Lilly Endowment, visit www.lillyendowment.org.

I play on the radio from 7 am -1 pm weekdays on 98.9 FM WYRZ and WYRZ.org. Follow me on twitter @WYRZBrianScott or e-mail me at brian@wyrz.org.
Previous First Lady Karen Pence Presents Rug with Whimsical Depiction of State Seal to Children’s Museum of Indianapolis in Honor of Indiana’s 2016 Bicentennial
Next Firewood program extended at Turkey Run, Shades state parks