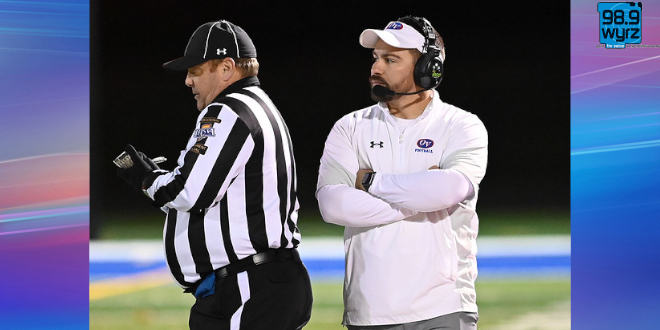 Avon, Ind. – Avon High School (AHS) has hired Robert Gibson as Head Football Coach. Gibson has compiled an impressive resume as a head coach, assistant coach, and football player and he plans to build upon his track record of success as the leader of the Orioles football program. Gibson was part of three NAIA National Championships at Marian University, one IHSAA 2A State Championship at Indianapolis Cardinal Ritter, and multiple Conference and Sectional Championships as a player and coach. Most recently, in two seasons as Head Coach, he led Owen Valley High School to a 22-3 record.

“There are guys who like football and there are football guys,” said Mark Henninger, Gibson’s Head Coach at Marian University. “He is a tremendously focused and driven young coach with a wealth of football knowledge. He loves the game and now enjoys the coaching side of it—where he can share his knowledge and passion with young people.”

“My family and I are extremely excited for the opportunity to be here at Avon High School,” said Gibson. “I would like to thank Dr. Wyndham, Mr. Shockley, Mr. Larsh, and the rest of the interview committee for this opportunity. I am excited to go to work!”

As Head Coach, Gibson’s teams at Owen Valley High School won 88% of their games and two Conference Championships. The team’s back-to-back Sectional Championships were the school’s first since 1992. Gibson’s student athletes set 29 school records on the field and achieved dramatic academic improvements in the classroom, producing 17 Wabash Valley All-Stars and 22 Wabash Valley Academic All-Stars. He was the 2022 Region 6 Coach of the Year and selected as the Indiana South All-Star Assistant Coach. His high school assistant coaching career included seasons at Cardinal Ritter, Danville, and Greencastle. As an assistant, he coached running backs, special teams, and quarterbacks. He was also a successful offensive play caller. His offenses set 31 school records under his leadership.

“While we interviewed several candidates, Rob distinguished himself from the start of the process,” said Superintendent Dr. Scott Wyndham. “His record on the field and on the sidelines speaks for itself.”

According to AHS Principal Matt Shockley, “I am most impressed by his character and his dedication to developing student athletes who are successful in all areas of life. He possesses the personality and experience required to be successful as our Head Coach.”

Gibson grew up west of Hendricks County. When he graduated from South Putnam High School, he had become the school’s all-time leading rusher. He served as Team Captain, Indiana All-Star Team Captain, a three-time All-Conference player, and a two-time All-State selection. While at Marian University, where he graduated as the 2nd all-time leading rusher, Gibson was a two-time NAIA National Champion and three-time League Champion. After graduation, Gibson played a role in a third national title at Marian.

Gibson will start at AHS this winter. His immediate duties will include filling an open temporary Physical Education position and getting a head start on planning for the 2023 football season.

I play on the radio from 7 am -1 pm weekdays on 98.9 FM WYRZ and WYRZ.org. Follow me on twitter @WYRZBrianScott or e-mail me at brian@wyrz.org.
Previous Individual Income Tax Filing Opens Jan. 23
Next WYRZ Through the Years – Brownsburg Magazine – November 2019 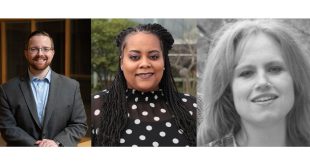 HCCF is excited to announce new Board Members and new roles for our current members. …