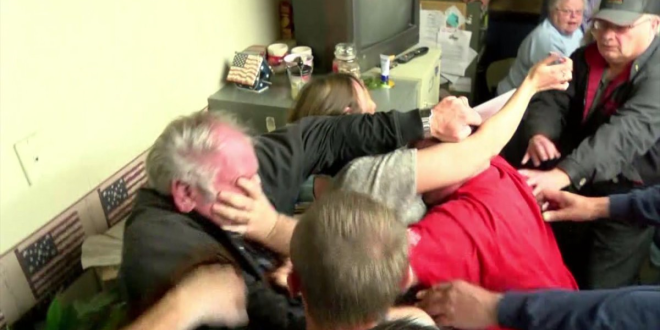 Sullivan County—Late this afternoon, Indiana State Police Detectives served a Sullivan County arrest warrant on a father and son for charges of battery. The duo was incarcerated in the Sullivan County Jail. Bond set at $4000.00 each with 10%.

The ISP investigation began on December 8, 2015 when a verbal argument turned physical at a public town council meeting in the town of Hymera. During the ensuing investigation, ISP detectives were able to develop probable cause alleging Darrick Cullison (father) and Destin Cullison (son) committed battery on 69-year-old Daryl McCullough of Hymera, IN., during the meeting.

I play on the radio from 7 am -1 pm weekdays on 98.9 FM WYRZ and WYRZ.org. Follow me on twitter @WYRZBrianScott or e-mail me at brian@wyrz.org.
Previous IMPD Robbery detectives apprehend a suspected juvenile serial robber connected to 7 cell phone store robberies
Next Coats: Obamacare Fraud Costs Taxpayers up to $1.7 Billion