In addition, Indiana’s initial unemployment insurance claims continue to be at historical lows.

Learn more about how unemployment rates are calculated here: http://www.hoosierdata.in.gov/infographics/employment-status.asp. 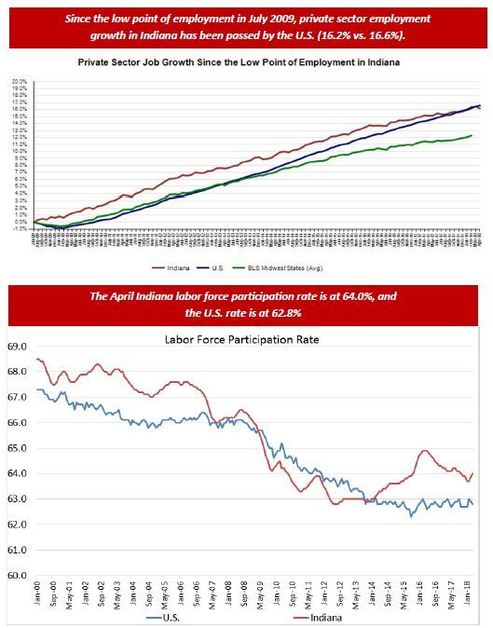 Private sector employment has grown by more than 23,900 over the year, and has decreased by 7,000 over the previous month, primarily due to losses in the Trade, Transportation and Utilities (-2,500) and the Construction (-2,300) sectors. Losses were partially offset by gains in the Other (1,200), which includes Mining and Logging, IT and Other Services, and the Manufacturing (400) sectors. Total private employment stands at 2,698,400 and is 9,500 above the December 2017 peak.

I play on the radio from 7 am -1 pm weekdays on 98.9 FM WYRZ and WYRZ.org. Follow me on twitter @WYRZBrianScott or e-mail me at brian@wyrz.org.
Previous Bloomington auto dealer illegally selling cars and issuing fake license plates
Next Kwiatkowski to become Gov. Holcomb’s senior education advisor