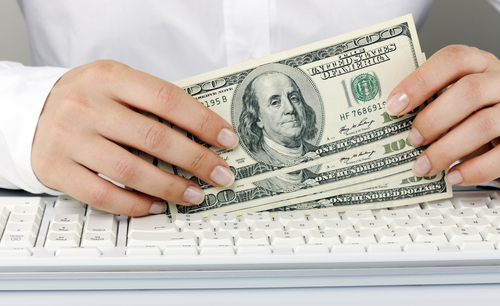 This Thursday, on the last day of hearings for the 2016 Indiana General Assembly, the payday lending industry will be requesting that new language be added to HB 1340 that would authorize them to offer 6-month loans of up to $1,000 at an Annual Percentage Rate (APR) of 180%.  This language has not been previously debated or vetted, and would represent a radical departure from Indiana’s existing statutory interest rate caps of 36% on installment loans under $2,000. In fact, lending at more than double that rate, 72%, is currently considered felony loan sharking.  Shockingly, this new language would provide a state sanction of installment lending at 2 and half times the existing felony loan sharking rate.

Loans made at this usurious rate do not help struggling Hoosiers. Those already living paycheck to paycheck ﬁnd themselves pushed into a hole of debt often requiring more borrowing, default or bankruptcy. A recent study by Purdue not surprisingly found that as interest rates climb, defaults increase, further damaging already poor credit records.

Prohibition of usurious lending practices is a principle embedded in many religions, including Christianity and Judaism. Pope Francis has condemned usury as “a dramatic social ill.” Philosophers Plato and Aristotle decried usury as immoral and unjust. Adam Smith, widely known as the father of our free-market economy, opposed high-interest rates as being economically counterproductive.

The past 2 decades have witnessed the explosion of payday lending, a practice through which loans up to $605 are made at exorbitant rates for 14 days, reaching 391% APR in Indiana.  Congress reacted by passing legislation in 2006 that prohibits loans to active military members in excess of 36 % APR.  Sadly, this protection ends when military members become veterans.

It is not good policy to create larger and longer-term products for predatory payday lenders. There is unquestionably a need for loans available to those with shaky credit.  However, there are responsible alternatives. For example, federal law specifically authorizes credit unions to loan up to $1,000 for up to 6 months at a maximum of 28% APR – less than one-sixth the extreme rate proposed for HB 1340. Additionally, with seed funding from the JP Morgan Chase Foundation, a Community Loan Center is being operated by Brightpoint in Fort Wayne, creating a 12-month installment loan program for up to $1,000 at only 18% APR.  Another alternative, the Community Loan Center of West Central Indiana, operated by HomesteadCS., is based in Lafayette, IN.

Authorizing new loans at 180% annual interest is bad for Hoosiers and bad for the economy.  We urge the members of the General Assembly to reject the damaging proposal being offered as an amendment to HB 1340, and to focus instead on development and expansion of responsible lending and ﬁnancial literacy programs.

I play on the radio from 7 am -1 pm weekdays on 98.9 FM WYRZ and WYRZ.org. Follow me on twitter @WYRZBrianScott or e-mail me at brian@wyrz.org.
Previous Rokita’s Statement on President’s Reckless Plan to Close Guantanamo Bay
Next Governor Pence Joins Indiana Biosciences Research Institute to Announce $100 Million in Grants Supporting Scientific Innovation