At approximately 7:21 p.m., on Thursday, September 12, Sullivan County Sheriff’s Department 911 dispatch center received a call in reference to a subject reportedly coming to a middle school football game with a firearm.  Southwest School Corporation administrators immediately took precautionary measures, moving all individuals to an alternate location, and waited for police arrival at the school.  Police promptly located the subject who was reported to have a firearm.  The subject was questioned and was very cooperative with police.  During the course of the investigation, it was discovered that the subject did not have a firearm on school grounds.

Trooper Brad Miller of the Putnamville State Police Post then started questioning school staff and students involved in the original threat.  Through his investigation it was discovered that a 14-year-old student made an allegation to other students that the father was coming to the school grounds with a gun.  Trooper Miller then located the student making this allegation and immediately began questioning this individual.

As a result of the investigation, Trooper Miller arrested the 14-year-old student, who made the allegation, late last night and the student was transported to the Southwest Indiana Regional Youth Village, located in Vincennes.  The student is charged with Disorderly Conduct, a Class B Misdemeanor, and Intimidation, a Level Six Felony.

I play on the radio from 7 am -1 pm weekdays on 98.9 FM WYRZ and WYRZ.org. Follow me on twitter @WYRZBrianScott or e-mail me at brian@wyrz.org.
Previous Indiana Secures Grant to Assist Small Businesses in Reaching Global Markets
Next IndyGo Begins Transition to MyKey 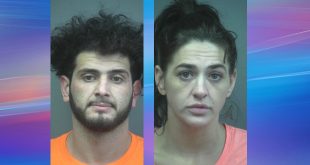 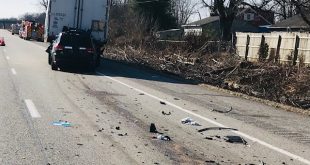 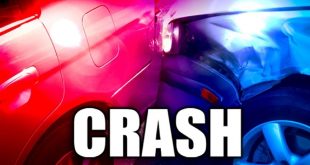 Distracted Driving Sends One to the Hospital