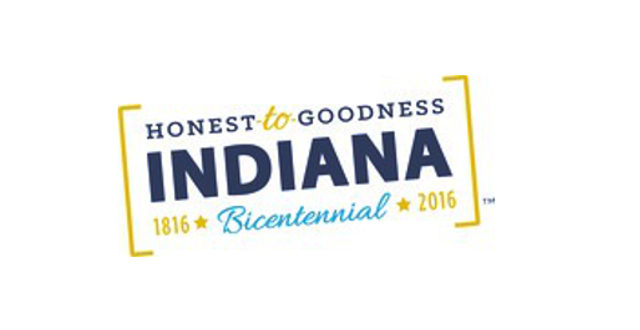 100 Days To Go Until Indiana’s Bicentennial

(INDIANAPOLIS, Ind.) Sept. 1, 2016 – Tomorrow there will only be 100 days to tick off the calendar until the official Bicentennial celebration on Indiana’s Statehood Day, Dec. 11, 2016. Thinking about 100 days brings to mind the last century milestone for Indiana, the Centennial. Follow the Indiana Bicentennial Commission Facebook page during the month of September for a look at the many ways Indiana celebrated its Centennial.

In the coming days the Indiana Bicentennial Commission will explore some of the ways Indiana celebrated in 1916 and share how things are different, and the same, 100 years later. These are just a few of the topics that will be covered:

1916: For the Centennial, planning started early. In 1912 a book was published titled, “Suggestive Plans for a Historical and Educational Celebration in 1916.” It was written by the 15 members of the Indiana Centennial Celebration Committee and dedicated to “All Indianians, present and absent.” The topics of the 27 chapters included, but were not limited to, art, music, religion, literature, farming, education and law.

2016: Planning for the state’s 200th birthday started in 2011 when Governor Mitch Daniels created the Indiana Bicentennial Commission. The commission is a fifteen-member body, chaired by Becky Skillman and Lee Hamilton, charged with overseeing the planning and execution of a statewide celebration. First Lady Karen Pence serves as the official Bicentennial Ambassador.

1916: A commemorative medal was designed by Janet Scudder from Terre Haute. On one side is the state seal while on the other, “an allegorical representation of the baby state of 1816 being welcomed to the Union, while in the distance are seen the historic little state house at Corydon and the Constitution Elm.”

1916: In 1916, 69 counties held “first” and “second class” celebrations while 23 “did little or nothing,” according to The Indiana Centennial 1916. Most of these consisted of pageants, plays and parades. There were also statewide events held including the Indiana State Fair, a Music Festival and Pageant of Indiana. The Pageant of Indiana was held October 2 -7 in Indianapolis as the main Centennial event. During the Pageant celebration, October 3 was named “Home Coming Day.” On this day there was live music, remarks from dignitaries and plenty of time for Hoosiers who had traveled long distances to spend time with family and friends in the “welcome home” spirit.

2016: All 92 counties have planned, or already executed, local celebrations of the Bicentennial honoring one of the four pillars: Youth and Education, Historical Celebration, Community Involvement, and Nature Preservation. There are more than 1,400 of these celebrations going on around the state! There are also several statewide celebrations planned including the recent Indiana State Fair. “Hoosier Homecoming” is a free event, based on the original “Home Coming Day,” it will take place on October 15 on the grounds of the Indiana Statehouse. Indiana’s Statehood Day will be celebrated at “Ignite the Future,” another free, statewide event at the Indiana Fairgrounds Coliseum.

4. More plans are made

1916: There was a proposition to create a Centennial Plaza to the west of the Indiana Statehouse. The idea was that it would protect the Capitol Building from environmental structures and the grounds would be protected for potential expansion. The plans never came to fruition.

1916: One of the largest gifts to Indiana in 1916 was the state park system. The first state park, McCormick’s Creek, was established in the summer of 1916 and the land for Turkey Run was purchased later that year. Now, 100 years later the state parks system boasts 32 properties that host 16 million visitors each year.

2016: Former Governor Mitch Daniels announced the Bicentennial Nature Trust in 2012 as a way to honor Indiana’s Bicentennial year. The purpose of the BNT is to preserve and protect important conservation and recreation areas throughout Indiana by matching donation dollars. The state set aside $20 million and the Lilly Endowment contributed $10 million in additional grants. So far 183 projects in 66 counties have been approved and 109 of those have been completed, totaling 15.6 square miles.

I play on the radio from 7 am -1 pm weekdays on 98.9 FM WYRZ and WYRZ.org. Follow me on twitter @WYRZBrianScott or e-mail me at brian@wyrz.org.
Previous Florida man pleads guilty to securities fraud
Next Indiana earns technology awards from Center for Digital Government