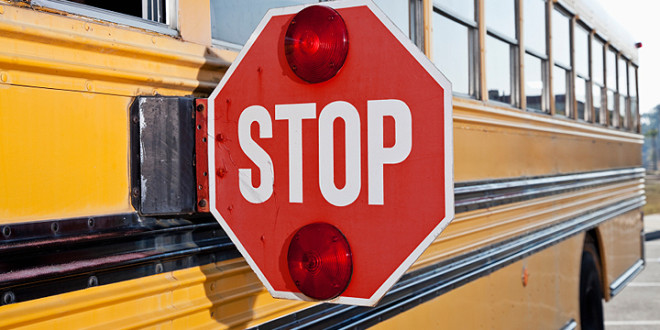 Peru – Recently, officers working from the Indiana State Police Peru Post have fielded complaints of motorists disregarding school bus stop arms when bus drivers were picking up or dropping off children. During the early morning and late afternoon hours there will be increased bus traffic and children waiting or walking near roadways. The Indiana State Police would like to remind motorists to watch for children in school zones and waiting to board busses, especially during times of reduced visibility.  Also motorists should be prepared for school busses to make frequent stops as the bus drivers try to safely load and unload school children.

It is everyone’s responsibility to ensure our children are able to safely travel to school. Citizens are encouraged to report anyone observed disregarding a school bus stop arm by calling their local law enforcement agency or the Indiana State Police at 1-800-382-0689.

I play on the radio from 7 am -1 pm weekdays on 98.9 FM WYRZ and WYRZ.org. Follow me on twitter @WYRZBrianScott or e-mail me at brian@wyrz.org.
Previous Coats Honors Principal Susan Jordan on Senate Floor
Next Coats Statement on Anemic GDP Growth