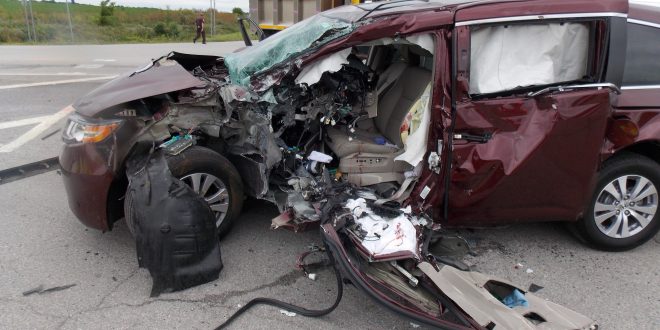 Wabash County – Today, at approximately 11:45 a.m., officers from the Indiana State Police responded to a two vehicle crash on U.S. 24 at State Road 115, in which a Warsaw man was severely injured. 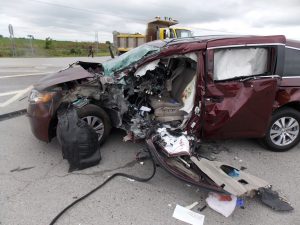 The preliminary crash investigation by Trooper Ben Reason revealed that Jeremy Boggs, 30, Huntington, IN was driving a 2008 International dump truck southbound on State Road 115. Boggs failed to yield to cross traffic on U.S. 31 and hit an eastbound 2016 Honda Odyssey van, in the driver’s side door. The Honda was driven by Harold Huston, 79, Warsaw, IN.

Huston was flown from the crash scene, by Lutheran medical helicopter, to a Ft Wayne hospital. He sustained a severe leg injury. Shirley Huston, 76, Warsaw, IN, a passenger in the van, was transported by ambulance to Dukes Memorial Hospital. She suffered non-life threatening injuries. Boggs was not injured.

Boggs was issued a traffic citation for failure to yield to cross traffic. He was driving a dump truck for the Indiana Department of Transportation.

I play on the radio from 7 am -1 pm weekdays on 98.9 FM WYRZ and WYRZ.org. Follow me on twitter @WYRZBrianScott or e-mail me at brian@wyrz.org.
Previous Indiana State Police Seeks Recruits for Capitol Police Section
Next Donnelly Leads Bipartisan Group of Senators in Urging CFPB to Carefully Tailor Rules to Community Banks and Credit Unions