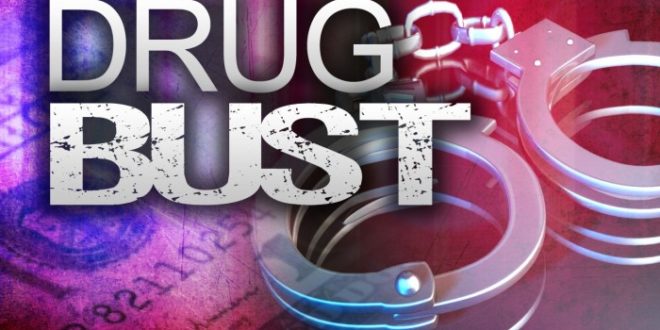 Hancock Co., IN- A traffic stop yesterday afternoon on I-70 in Hancock County has resulted in the arrests of three individuals from New Mexico.

Yesterday afternoon, July 20th, 2016, at approximately 12:15 P.M., Trooper Adam Buchta attempted to conduct a traffic stop for a speeding violation on a Chevrolet passenger car traveling EB on I-70 at the 94mm. The vehicle initially failed to pull over, traveling more than four miles, before finally pulling over at the 99.8mm.

While speaking with the male driver and two female occupants, Buchta detected indicators that criminal activity was afoot and smelled the odor of raw marijuana emitting from inside the vehicle. Inside the vehicle troopers located plant material believed to be marijuana, hash oil and psilocybin mushrooms.

I play on the radio from 7 am -1 pm weekdays on 98.9 FM WYRZ and WYRZ.org. Follow me on twitter @WYRZBrianScott or e-mail me at brian@wyrz.org.
Previous Visit Hendricks County Opens Fall Grant Cycle for Tourism-Based Initiatives
Next Howard County Task Force Created to Make Sure Parolees and Probationers Abide by Sentences