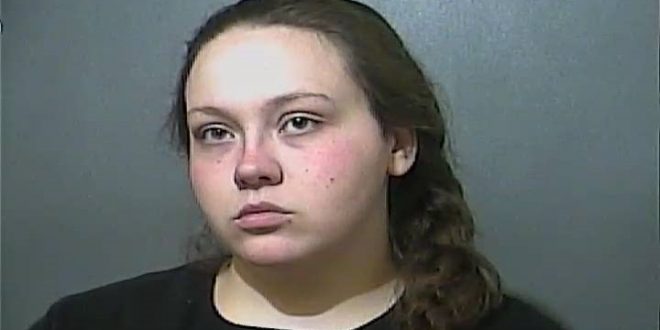 Vigo County – October 16, 2019, at approximately 7:15 p.m., Emili R. Garner, age 20, of Terre Haute, was stopped for unsafe lane movement near US 40 and Hunt Road, by Trooper Gerald Stump.  Further investigation by Trooper Stump revealed that Garner was under the influence of a controlled substance.  A newborn infant was also with Garner in the vehicle.  The Vigo County Department of Child Services was contacted and the infant was released to the grandmother.  Garner refused to submit to a certified chemical test and was then taken to the Vigo County jail where she is currently being held.

All Suspects Are Presumed Innocent Until Proven in a Court of Law.

I play on the radio from 7 am -1 pm weekdays on 98.9 FM WYRZ and WYRZ.org. Follow me on twitter @WYRZBrianScott or e-mail me at brian@wyrz.org.
Previous Weekend Work: Construction Around Marion County
Next Longtime IN FFA member competing for top National FFA spot