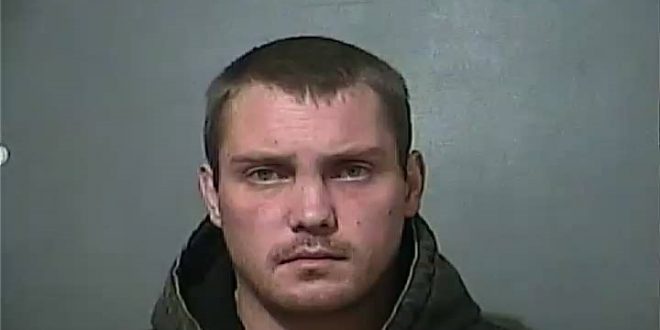 Vigo County – December 14, 2019, at approximately 7:55 p.m., Austin J. Sedletzeck, age 27, of Terre Haute, Indiana, was involved in a two-vehicle property damage accident at the State Road 641 bypass south of Interstate 70. Sedletzeck was operating a 2005 Dodge and struck the rear-end of another passenger vehicle.  No injuries were reported.  Sedletzeck fled on foot from the accident scene.  Indiana State Police Putnamville Trooper Rondell Shelton was near the accident scene and located Sedletzeck.  Further investigation by Trooper Shelton revealed that Sedletzeck displayed signs of impairment and had a blood alcohol content of .29%.  Several children were with Sedletzeck in his vehicle.  The Vigo County Department of Child Services was contacted and the children were released to their mother.  Sedletzeck was arrested and taken to the Vigo County Jail where he is currently being held.

I play on the radio from 7 am -1 pm weekdays on 98.9 FM WYRZ and WYRZ.org. Follow me on twitter @WYRZBrianScott or e-mail me at brian@wyrz.org.
Previous Applications Open for Sponsored Youth Programs in Hendricks Co.
Next DCS partners with Foster America program