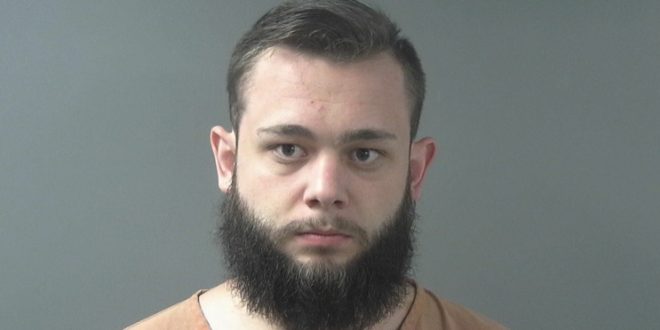 Clay County –  Detectives from the Indiana State Police Putnamville Post have been requested by Clay County Sheriff Paul Harden to investigate an officer-involved shooting incident that took place on June 17, 2020, at approximately 3:08 a.m., near Centerpoint, Indiana.

At approximately 2:27 a.m., deputies of the Clay County Sheriff’s Department were requested at a residence near the Clay County and Vigo County line off of State Road 46, reference to a suspicious subject knocking vigorously on a residence door.  The subject left the residence before Clay County Deputies could arrive.  A short time later, a Clay County Deputy observed a vehicle, meeting the description from the original call, traveling eastbound on State Road 46 near County Road 150 West, at a high rate of speed. The Deputy then attempted to stop the vehicle, and a pursuit ensued, continuing northbound onto State Road 59.  The subject in the pursued vehicle began to discard items from the moving vehicle, which would later be discovered as improvised explosive devices.

Medical assistance was immediately rendered at the scene.  The subject was subsequently transported to Regional Hospital in Terre Haute, with non-life threatening injuries and currently remains hospitalized.  No Deputies were injured.

The Indiana State Police Explosive Ordnance Disposal team (EOD) out of Indianapolis arrived on the scene and used K-9 units and special tools to inspect the items within the subject’s vehicle and that were discarded onto State Road 59.  Upon reviewing all the information, the EOD team found the discarded items to be active explosives.  The EOD team used a device to neutralize the discarded items, deeming the scene safe.

The subject involved has been positively identified as Marion Tanner Joseph Haywood, age 23, of Owensburg, Indiana. Haywood was released from Regional Hospital in Terre Haute and was taken into custody by the Indiana State Police upon his release.  Haywood has been transported to the Clay County Jail where he is now incarcerated.

Clay County Deputy Hunter Gambil is the deputy involved in this incident.  He has been placed on administrative leave, which is customary in officer-involved shooting incidents.  Deputy Gambil has one and half years of service to the department.

I play on the radio from 7 am -1 pm weekdays on 98.9 FM WYRZ and WYRZ.org. Follow me on twitter @WYRZBrianScott or e-mail me at brian@wyrz.org.
Previous Indiana Works to Expand Access to Small Business Recovery Resources
Next A $1.3 million project will patch and resurface a stretch of State Road 47 in Boone County