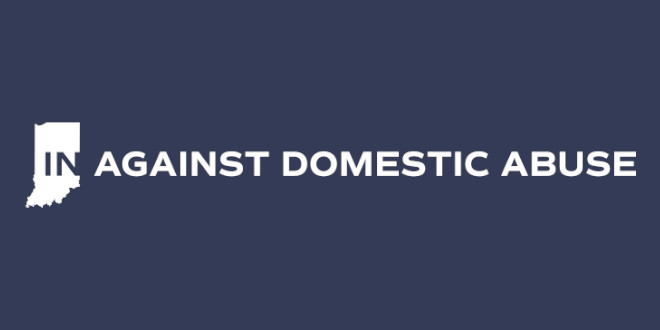 INDIANAPOLIS – The Indiana Coalition Against Domestic Violence (ICADV)’s new campaign #INAgainstDA breaks away from many domestic violence campaigns by turning its focus from survivors of domestic abuse and violence to bystanders and the community at large.

“Everyone has a part to play in ending the stigma around domestic abuse,” said Laura Berry, Executive Director of ICADV. “In our continued discussions with survivors of domestic violence and abuse, they all report being met with stigma and obstacles around their decisions.”

“There is the misconception that leaving the situation is the first step; the reality for many survivors is much more complicated. This campaign challenges those beliefs and calls on bystanders to learn more about the nuances around domestic abuse and the resources available. I am very proud of this campaign and I hope it helps bring awareness not only to the variety of ways everyone can help but also to the variety of viable solutions for survivors,” said Berry.

The initial run of the #INAgainstDA campaign is focused on the cities of Indianapolis, Fort Wayne, Evansville, and Gary, which will all have signage and messaging in community places like doctor’s offices and public transit. Digital ads will supplement the physical signage and run statewide. To help this campaign reach even more Hoosiers, ICADV is providing campaign materials and toolkits to over 40 organizations across Indiana that provide resources and support for those experiencing Domestic Violence or Domestic Abuse.

“This campaign is very different to much of the messaging around domestic violence in the United States,” says Berry. “By focusing on all Hoosiers, we hope to combat the stigma survivors face, and that the solutions are multifaceted. By partnering with organizations across the state, we hope this campaign makes a real impact in reducing domestic abuse for all Hoosiers.” You can learn more about the campaign through its resource website INAgainstDA.com.

I play on the radio from 7 am -1 pm weekdays on 98.9 FM WYRZ and WYRZ.org. Follow me on twitter @WYRZBrianScott or e-mail me at brian@wyrz.org.
Previous Danville Police Searching for Theft & Fraud Suspect
Next Tallman joins Indiana Dairy team