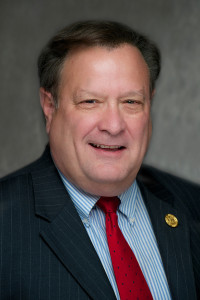 House Bill 1235 provides that the sentence for a person charged with Level 2 felony drug dealing who has had a prior dealing conviction can’t be suspended below the 10-year minimum sentence. HB 1235 ensures the worst drug dealers stay behind bars longer, so they can’t profit from getting more Hoosiers addicted to illegal drugs.

“House Bill 1235 is one more step in the effort to eliminate the drug dealing problem in Indiana,” said Young. “It’s important to target the individuals who are contributing to drug addiction in Indiana, and this bill does that.”

HB 1235 will now move to the governor’s desk for final approval.

I play on the radio from 7 am -1 pm weekdays on 98.9 FM WYRZ and WYRZ.org. Follow me on twitter @WYRZBrianScott or e-mail me at brian@wyrz.org.
Previous State Sen. Pete Miller statement regarding the Senate’s passage of House Bill 1337, which would enact various pro-life measures in Indiana
Next Coats Opening Statement: The Economic Report of the President