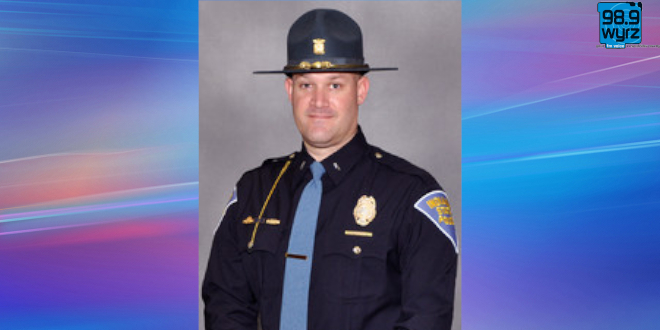 Hoffeditz, who is originally from St. Louis, Missouri, graduated from North County Christian High School in 1995; earned his bachelor’s degree in Criminal Justice from Central Missouri State University in 1999; and in 2011, earned a Juris Doctorate from Indiana University School of Law – Indianapolis and was admitted to practice law in Indiana.    On March 16, 2012, he graduated from the 71st Indiana State Police Recruit Academy and was appointed as a Trooper and assigned to the Indiana State Police Post in Indianapolis.

Hoffeditz and his wife, Carrie, have three children (Nolin, Mabry and Ainsley) and are residents of Brownsburg, Indiana.

I play on the radio from 7 am -1 pm weekdays on 98.9 FM WYRZ and WYRZ.org. Follow me on twitter @WYRZBrianScott or e-mail me at brian@wyrz.org.
Previous Ten Avon High School Students are 2023 National Merit Commended Students
Next Attorney General Todd Rokita reminds Hoosiers to use caution to avoid scams this fall season