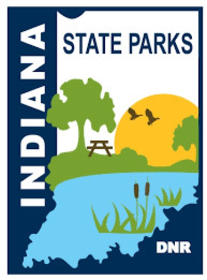 The Department of Natural Resources on Wednesday used a three-stop tour to kick off a year-long celebration of the 100th anniversary of the Indiana state parks system.

The tour began with a pancake breakfast and ceremonies at Indiana’s first state park – McCormick’s Creek in Owen County – and included a proclamation from Gov. Mike Pence declaring the day as Indiana State Parks Day.

Additional stops were at the Statehouse in Indianapolis, where First Lady Karen Pence was the featured speaker, and at Turkey Run State Park in Parke County.

Fritz Lieber, great grandson of Col. Richard Lieber, read a passage from his great grandfather’s report to the 1916 Indiana Historical Commission that proposed development of a state parks system.

“The chief purpose of State Parks is to refresh and strengthen and renew tired people, and fit them for the common round of daily life,” Richard Lieber wrote. “In conclusion, I hope and trust that the small beginning we have made will have laid the foundation for a comprehensive system of State Parks which will not only stand forever as a token of the past, but which will bring health, wealth and happiness to our own generation and the many that will come after us.”

McCormick’s Creek and Turkey Run were presented to the State on Dec. 16, 1916, as Indiana’s first two state parks, representing a gift to Indiana citizens to mark the first 100 years of statehood.

Richard Lieber later became the first director of the Department of Conservation, the predecessor of today’s DNR.

State Parks all across Indiana will continue the celebration through 2016 with a variety of special events. For more information on dates and locations, go to INStateParks100.com.