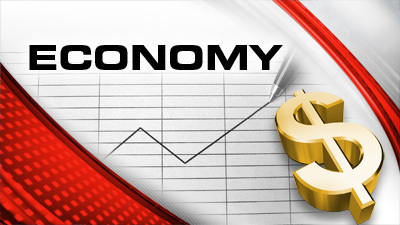 The U.S. Bureau of Economic Analysis today announced that our nation’s gross domestic product (GDP) grew by only 0.5 percent during the first quarter of 2016.

“The American people deserve better than what the sluggish Obama recovery is delivering. During the first three months of 2016, our economy grew by just 0.5 percent, which simply isn’t enough to improve opportunities for middle-class Americans who feel they can’t get ahead. President Obama has continued to make big promises and insist his policies are working, but his rhetoric does not match the reality that many are experiencing.

“The deluge of burdensome mandates and regulations during the Obama administration stands in stark contrast to the pro-growth agenda of the Republican Senate, which remains focused on policies that promote job growth and create better opportunities for Americans,” said Sens. Thune and Coats.

Here are the facts of the Obama economy:

I play on the radio from 7 am -1 pm weekdays on 98.9 FM WYRZ and WYRZ.org. Follow me on twitter @WYRZBrianScott or e-mail me at brian@wyrz.org.
Previous Secretary Lawson reminds voters about what you need to know before you go to the polls
Next Public Comments Welcomed During Indiana 39 Corridor Plan Meeting – May 9th