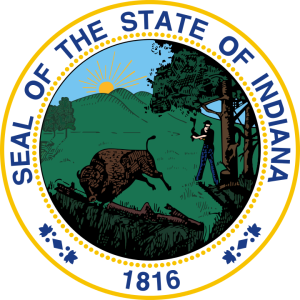 INDIANAPOLIS (Dec. 10, 2015) — Today Secretary of State Connie Lawson issued an advisory recommending victims of investment fraud use caution when approached by companies promising to help them recover their money or bring the perpetrator to justice – for a fee.

Many of these third-party asset recovery companies are not law firms, although they may advertise that they can provide legal assistance. Typically, the targeted investors have lost thousands of dollars, perhaps their entire life’s savings, to fraudulent investment schemes.

“These companies give investors false hope that they will recover lost funds. In reality, the investment scheme is often so old that the company is either defunct or bankrupt, and recovery is very unlikely,” said Secretary Lawson.

In an example spotlighted in the advisory, a third-party asset recovery company took a sizeable upfront fee from an elderly investor in exchange for filing a complaint with state and federal regulators in an attempt to recover losses on an oil and gas investment that occurred eight years prior. Little did the investor know, but the perpetrator of the investment scam was already serving time in prison for fraud and had been for several years. It was also discovered by state securities regulators that the asset recovery company named the wrong perpetrator in the complaint; thereby taking a fee to file an erroneous claim.

Third-party asset recovery firms typically approach fraud victims through an unsolicited telephone call or email promising to recoup lost investment funds for an upfront fee. Once hired, the firm may send demand letters to the perpetrators of the initial investment scheme, then file a boilerplate complaint with state and federal regulators on behalf of the defrauded investor.

“Often, the information contained in these complaints relates to companies that are no longer in business, have filed for bankruptcy, or have already been subjected to previous regulatory action.  Sometimes the complaints are based upon information that is too old for legal action,” said Indiana Securities Commissioner Alex Glass. “In the end, the investor risks becoming victimized for a second time.”

The advisory includes information to help investors understand how third-party asset recovery firms operate and areas to consider if approached by such a firm, including: its fees; how its investigation will be conducted; what legal services it provides; how it coordinates with securities regulators; and its discussion of recovery.

Both the advisory and contact information for the Secretary of State’s office are available on the agency’s website at http://www.in.gov/sos/indianamoneywise/files/Asset_Recovery_IN.pdf.

I play on the radio from 7 am -1 pm weekdays on 98.9 FM WYRZ and WYRZ.org. Follow me on twitter @WYRZBrianScott or e-mail me at brian@wyrz.org.
Previous IMPD investigating a person shot on the 900 block of North Denny Street
Next Indiana One of Six States Awarded Funding and Related Technical Assistance by the National Governors Association (NGA) for Policy Academy on Work-Based Learning