WASHINGTON – Rep. Jim Banks will be introducing legislation to make desecrating memorials to previous U.S. presidents or Founding Fathers a federal offence punishable up to 10 years in prison.

Rep. Banks said, “Attacks on our national heroes denigrate what makes us American and aim to destroy what binds us as Americans. They’re serious crimes that deserve serious punishment.”

On Tuesday President Trump announced the federal government’s intention “to arrest anyone who vandalizes or destroys any monument… per the Veteran’s Memorial Preservation and Recognition Act.”

I play on the radio from 7 am -1 pm weekdays on 98.9 FM WYRZ and WYRZ.org. Follow me on twitter @WYRZBrianScott or e-mail me at brian@wyrz.org.
Previous Visit Indiana’s The 20 IN 20; Ice Cream Shops
Next Governor Announces $25 Million in Relief for Renters 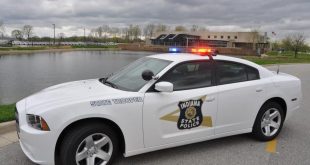