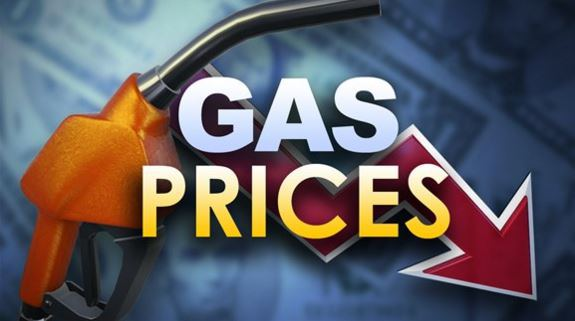 Indianapolis, IN – Dec. 21, 2015 – U.S. average gas prices dropped below $2 per gallon this morning for the first time since March 25, 2009, according to AAA. Today’s national average price of gas is $1.998 per gallon. AAA estimates that cheaper gas prices have saved Americans more than $115 billion on gasoline so far this year, which works out to more than $550 per licensed driver. More than 91 million Americans plan to take advantage of cheaper gas prices to drive 50 miles or more during the upcoming holiday period.

More than two-thirds of U.S. stations already are selling gas under $2 per gallon, and drivers can find at least one station selling gas for less than that price in 47 states. The most common price nationwide is $1.899 per gallon. The national average price of gas is about 41 cents less than it was one year ago today.

Industry experts say gas prices have dropped because worldwide oil and gasoline supplies are currently more than adequate to meet global needs. In addition, gas prices typically fall at this time of the year in response to a reduction in overall demand.

Gas prices already are much cheaper than $2 per gallon in most parts of the country. The lowest one percent of U.S. stations are selling gas for an average of $1.59 per gallon, and more than 13,000 stations are selling gas for less than $1.75 per gallon. The states with the cheapest averages include: Missouri ($1.77), Oklahoma ($1.78), South Carolina ($1.78), Tennessee ($1.79) and Kansas ($1.79). Kansas City, Missouri has the cheapest metro average in the country at $1.68 per gallon. Average state and metro prices can be found on AAA’s Daily Fuel Gauge Report website.

Looking Ahead to 2016 Based on normal seasonal trends, gas prices likely will remain low through January, and could drop even further if the cost of crude oil remains weak. By late winter, gas prices may begin to rise as refineries conduct maintenance in advance of the busy summer driving season. The maintenance reduces fuel production and typically leads to higher gas prices. Despite the expected seasonal increase, the national average price of gas may not rise above $3 per gallon in 2016 because oil should remain abundant and relatively inexpensive.

The Crude Oil Factor Domestic supplies of commercial crude oil are about 29 percent higher than a year ago, according to the Energy Information Administration, while oil prices are about $70 per barrel cheaper than in the summer of 2014. Oil is the primary cost associated with making gasoline, and every $10 decline in the cost of oil can reduce gas prices by nearly 25 cents per gallon.

Americans Driving More Americans are on track this year to drive a record number of miles, largely due to lower gas prices and a stronger economy, based on early estimates by the Federal Highway Administration. Through October, which is the most recent data available, Americans have driven more than 2.63 trillion miles for the year, which is a 3.4 percent increase over the same period in 2014.

Previous DNR awards $135,000 for community tree programs
Next ROKITA STATEMENT AFTER THREATS MADE TOWARD DANVILLE AND PLAINFIELD SCHOOLS