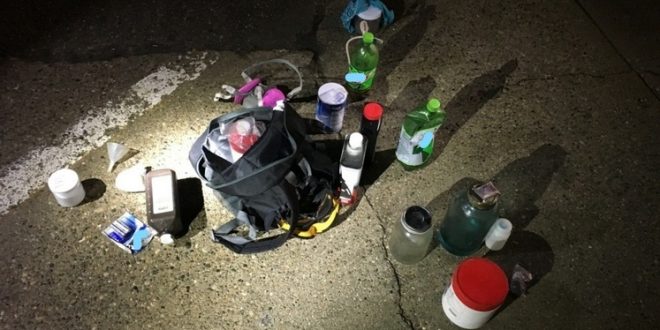 Sullivan County—Last evening at 11:30, Indiana State Police Troopers from the Putnamville District Meth Suppression Unit were contacted to assist the Shelburn Town Marshal and Sullivan City Police with an active meth lab found in a vehicle in Sullivan.

Preliminary investigation revealed Shelburn Town Marshal Billy McCombs stopped a vehicle for false and fictitious registration at the corner of Section and Washington Streets in Sullivan. During conversation with the driver, Marshal McCombs noticed odors consistent with possible methamphetamine production. Moments later, Sullivan City Police David Story arrived to assist and the officers then contacted troopers with the Meth Suppression Section from the Putnamville Post.

Incarcerated in the Sullivan County Jail

Anyone wishing to report suspected methamphetamine activity can do so by calling the Putnamville Post at 765-653-4114. Callers can remain anonymous. The Putnamville Post serves Parke, Vermillion, Vigo, Clay, Putnam, and Sullivan counties.