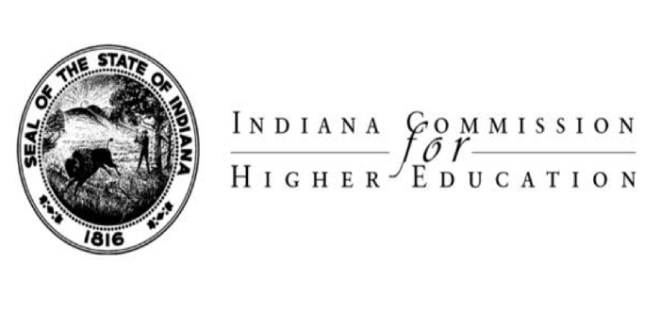 INDIANAPOLIS – Indiana needs better ways to increase and show the value of higher education: That was the focus of Indiana Commissioner for Education Teresa Lubbers’ remarks at the 2016 State of Higher Education Address. (Click here to read the full text.)

Lubbers offered her fourth-annual address in the Chamber of the Indiana House of Representatives before an audience of education, government, business and community leaders. Her remarks unveiled the details of Reaching Higher, Delivering Value, the Commission’s new strategic plan for higher education that charts the course for Indiana’s post-secondary efforts between now and 2020.

“Our new strategic plan for higher education builds upon recent progress to take Indiana’ higher education system to the next level and bring our state closer to achieving its goal for 60 percent of Hoosiers to have a quality degree or credential beyond high school by 2025.”

Indiana’s higher education attainment rate for Hoosiers with an associate degree or higher has increased by almost 2 percentage points in the last two years, reaching nearly 36 percent. Certificate earners add about 5 percentage points to Indiana’s higher education attainment rate, bringing the state to about 41 percent—according to new data released this week in the Lumina Foundation’s latest A Stronger Nation report.

Despite these gains, Indiana ranks 40th in the nation for adults age 25-64 with a postsecondary certificate or higher. Younger Hoosiers (age 25-34) have the highest attainment rates among the working population, ranking 33rd nationally in adults with an associate degree or higher. Reaching Higher, Delivering Value continues to focus on helping more students complete the postsecondary programs they start by emphasizing increased academic and financial readiness and better support for students in college.

The new plan focuses on reaching both recent high school graduates and returning adult students. Lubbers highlighted Indiana’s You Can. Go Back. campaign as an important part of helping Indiana meet its 60 percent goal. The campaign launched in February to encourage the 750,000 Hoosier adults who started college but did not finish to return and complete. Already, nearly 4,000 of these adults have requested information about making the return to college.

Strengthening the Connection between Education and Employment

The new plan introduces a stronger focus on connecting to careers and making clear the knowledge and skills students actually gain by earning a postsecondary degree or credential.

“Indiana needs a system of higher education that teaches students to think and prepares them for a career,” said Lubbers. “Our new strategic plan addresses the importance of striking this balance between technical, academic preparation and the skills employers often have difficulty finding—critical thinking, communication and the ability to adapt to change.”

Commissioner Lubbers previewed early results from the first Gallup-Indiana survey with responses from 8,000 alumni. Among the findings, results show that 83 percent of alumni believe their higher education was worth the cost, but only one in three strongly agree they were well prepared for life after college—and just 13 percent say their university helped them find a job after graduation. Full results for the first Gallup-Indiana survey from 14 participating public and private college campuses will be released early this summer.

The first Indiana College Value Index will be released in fall 2016.

I play on the radio from 7 am -1 pm weekdays on 98.9 FM WYRZ and WYRZ.org. Follow me on twitter @WYRZBrianScott or e-mail me at brian@wyrz.org.
Previous IURC, INDOT Remind Hoosiers to Focus on Safety
Next The Department of the Navy and Indiana Lieutenant Governor Host Press Event about Energy Security Initiatives