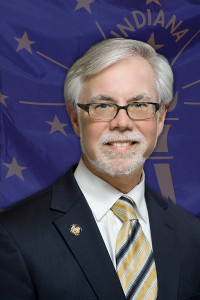 “RFRA raised a defining question: does Indiana permit discrimination or not?

“It’s incomprehensible that Republicans can’t seem to answer that question.

“Senate Democrats made it very clear where we stood.

“This has always been about protecting LGBT Hoosiers from discrimination.

“We didn’t even get an opportunity to discuss that.

“What does this say about our state?

“It’s legal in Indiana to fire LGBT Hoosiers for who they are. That’s wrong. Period.

“The business community knows it. Everyday Hoosiers know it. We know it.

“It’s a failure of leadership. It’s Republicans doubling down on a position that places them squarely on the wrong side of history.

“The indifference from the governor’s office speaks volumes. Indiana needed leadership. We got shrugged shoulders.

“The greatest injustice is that, at the end of the day, it’s still legal to discriminate against LGBT Hoosiers in Indiana. That we failed to meet that challenge is a disservice to our entire state.

“We will continue to fight to protect all Hoosiers equally under the law.”

I play on the radio from 7 am -1 pm weekdays on 98.9 FM WYRZ and WYRZ.org. Follow me on twitter @WYRZBrianScott or e-mail me at brian@wyrz.org.
Previous Indy Chamber Statement on Senate Bill 344
Next Donnelly Statement on Indiana State Legislature’s Failure to Act on Protections for LGBT Hoosiers