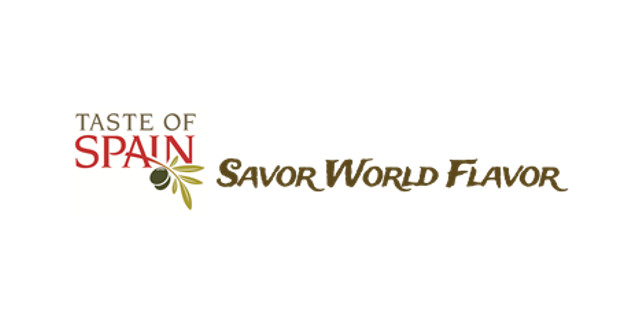 Many of the Taste of Spain items are appearing in the U.S. market for the first time and come from small, family-run Spanish businesses – an extension of Kroger’s tradition of supporting local vendors. A team of Kroger food explorers traveled the regions of Spain, and collaborated with local producers and chefs, searching for authentic, yet easy to prepare meal ideas and beverages.

Taste of Spain will highlight the best flavors brought back for Kroger customers, such as seasoned chorizo, smoked paprika garlicky shrimp, freshly harvested extra virgin olive oil, saffron-flavored paella, and smooth, fruity Chardonnay from  Navarro. This ultimate foodie event will feature samples, recipe ideas, new food products and events that bring a taste of the Spanish culture to Kroger stores across the country.

The grocer will also introduce new internationally inspired products under its exclusive brand HemisFares™, which debuted with Taste of Italy last fall. These best-of-the-world eats are procured directly from their food-rich regions for Kroger customers. This latest launch will introduce Spanish favorites including dry-cured jamón Ibérico de Bellota, rich and creamy spicy paprika aioli, and olive oil from the La Mancha region of Spain.

Kroger will host a national Twitter party at 10 p.m. EST on Monday, April 11, for customers to learn more about Spanish cuisine and engage with an internationally known chef and culinary expert. To participate, follow @kroger on Twitter.

This is the third Savor World Flavor event Kroger has hosted, inclusive of Taste of México in 2014 and Taste of Italy last year. For more details, including recipes and cultural facts please visit www.spanishworldflavor.com.

According to Kroger Central Division president Katie Wolfram, “Savor World Flavor events introduce our customers to new dinner solutions from flavorful regions of the world without leaving their hometown store. This delicious Spanish cuisine is ideal for special occasions or everyday family meals. We are helping our customers easily recreate those colorful flavors in their own homes. Famous around the world for their wines and as the number one producer of olive oil, Spain has a lot to offer our customers. The campaign includes demonstrations and sampling in some stores, recipes and in some communities Kroger chefs, wine stewards or cheese experts to teach customers about these amazing products..”

The Kroger Co. has been serving local communities for 133 years. The Kroger Central Division has 136 food stores, 115 pharmacies and 95 fuel centers operating under three banners; Kroger, Owen’s and Pay Less, with locations primarily in Indiana and Illinois, in addition to three stores in Missouri, one in Michigan and one in Ohio. Kroger Central Division is dedicated to supporting every local community it serves, contributing more than $15.1 million in 2015 to local organizations, primarily focusing on hunger relief, K-12 education, health causes and diversity. The Kroger Co. was once again named the most generous company in America in a Chronicle of Philanthropy listing detailed in Forbes Magazine. At Kroger we value:  honesty, respect, inclusion, diversity, safety and integrity.