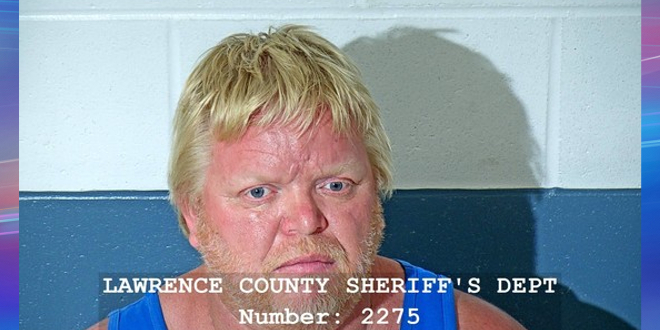 The lengthy investigation involved traffic stops, surveillance and multiple controlled buys of methamphetamine, resulting in probable cause that was established for the arrest. On July 9th, Officer Tillett, along with ISP DES detectives, Trp. Chris Griggs, Trp. Caleb Garvin and Sgt. Greg Day executed a search warrant at the Wesley Chapel Road residence.

Lemmons was located inside.

During the investigation, a total of just less than 10 grams of methamphetamine was seized from Lemmons. Once the search warrant was executed, Lemmons was placed under arrest and incarcerated at the Lawrence County Jail.

Lemmons is facing the following charges:

Anyone with information regarding illegal drug activity is encouraged to contact the Indiana State Police Bloomington Post at (812) 332-4411.

I play on the radio from 7 am -1 pm weekdays on 98.9 FM WYRZ and WYRZ.org. Follow me on twitter @WYRZBrianScott or e-mail me at brian@wyrz.org.
Previous Gov. Holcomb proposes nearly $300 million to pay down debt, make major project investments
Next Updated ramp closures on I-65 in Boone County