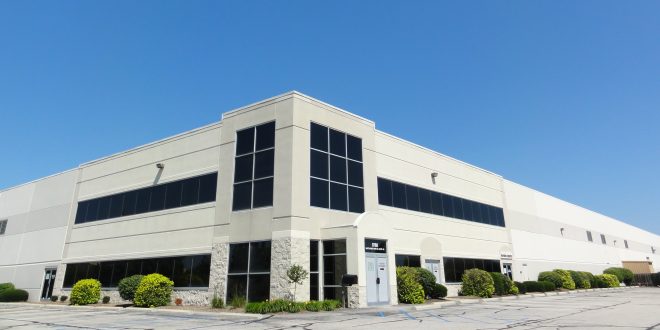 Carmel, Ind. – Moriden America, a manufacturer of cargo systems and interior trim for the automotive industry, announced plans today to expand its Indiana operations to support increased production at Subaru’s assembly facility in Lafayette. As part of its growth, Moriden America plans to create up to 32 new jobs by 2017.

“Today Hoosiers across the state are witnessing the impact of Subaru’s significant commitment to growing in Indiana,” said Governor Mike Pence. “In addition to creating more than 1,000 new jobs in Lafayette, Subaru’s growth has a ripple effect on its suppliers, including Moriden America, which is ramping up production and adding more manufacturing jobs. Indiana’s world-class automotive supply chain ranks third in the nation for car and truck production and is a key contributor to the state’s overall economy, which has added nearly 150,000 new Hoosier jobs since 2013.”

The company, which is a subsidiary of Japan-based Moriden Company Limited, will install new structural reaction injection molding machines over the next two years at its Carmel facility at 9760 Mayflower Park Drive. With its new equipment, the company will begin producing cargo systems for annual model launches through 2018 at Subaru of Indiana Automotive (SIA) in Lafayette, including the launch of the new Subaru Impreza later this year. Moriden America opened its operations in Indiana in 1990 before moving into its newly-renovated, 130,000-square-foot facility in Carmel in July 2015.

Moriden America, which currently employs 37 full-time associates in Indiana, is currently hiring for production and quality control positions, with plans to add additional second-shift production positions next year. Interested applicants may apply by sending a resume to jnickels@moridenamerica.com.

“Locating in Indiana allows us access to a broad base of customers within close proximity to our facility,” said Sumio Imori, vice president of Moriden America. “We will be able to grow our business and utilize our new equipment to full capacity. Our goal is to provide a high quality, competitively-priced product delivered on time to our customer. Our success lies with our associates, and we are pleased with the work ethic of the Indiana workforce. We look forward to adding more Hoosiers to our team.”

Production of the Subaru Impreza is slated to begin later this year at SIA in Lafayette, Subaru’s only U.S. manufacturing facility. As part of its growth, SIA has invested $1.3 billion over the past four years and has added 1,300 new jobs since last November to enable it to significantly increase its production volume capacity and to prepare to build the new Impreza.

Founded in 1910, Moriden established its U.S. subsidiary in 1989 in Detroit before moving all North American operations to Indiana in 1990. The Carmel headquarters facility currently serves as a base for production and logistics, where it is a tier 1 supplier to Subaru and a tier 2 supplier to Toyota Motor Manufacturing of Indiana in Princeton. The company operates additional production facilities in Japan and China, and generated $173 million in global sales in 2014.

The Indiana Economic Development Corporation offered Moriden American Inc. up to $225,000 in conditional tax credits and up to $50,000 in training grants based on the company’s job creation plans. These incentives are performance-based, meaning until Hoosiers are hired, the company is not eligible to claim incentives. The city of Carmel supports the project.

“A little more than a year after moving its American headquarters to Carmel, we are pleased to see that Moriden America is already expanding its manufacturing operations to better serve the Subaru operation in Lafayette,” said Carmel Mayor Jim Brainard. “This is good news for Carmel and our family of national and international businesses who have chosen to grow their business here.”

Indiana is a global destination for Japanese manufacturers, with announcements already this year from six Japan-based companies that together plan to create more than 600 new Hoosier jobs across the state in the coming years. As the only state that is home to three Japanese automotive assembly facilities – Subaru, Toyota and Honda – Japanese companies are responsible for more than 53,000 jobs across the state. Among all U.S. states, Indiana has the largest among of Japanese investment per capita.

I play on the radio from 7 am -1 pm weekdays on 98.9 FM WYRZ and WYRZ.org. Follow me on twitter @WYRZBrianScott or e-mail me at brian@wyrz.org.
Previous Female suspect flees after she assaults a police officer during a shoplifting incident
Next New Report Highlights Need for Coats Legislation to Protect Victims of Employment Related Identity Theft