INDIANAPOLIS (March 14, 2022) – Indiana’s unemployment rate fell from 2.7% in December 2021 to 2.4% in January 2022—continuing a record low for the state dating back to 1976, when the current method of compiling unemployment rates began, according to the Indiana Department of Workforce Development (DWD).

“With a 2.4% unemployment rate in January, even lower than the previous month, Indiana continues to outperform the nation as a whole,” DWD Commissioner Fred Payne said. “The low unemployment rate coincides with significant year-over-year job growth indicating that Indiana is trending in the right direction.”

Learn more about how unemployment rates are calculated here: https://www.hoosierdata.in.gov/infographics/employment-status.asp.

Indiana’s total labor force, which includes both Hoosiers employed and those seeking employment, stands at 3,304,953. The state’s labor force participation rate remains at 61.9% after year-end revisions, below the national rate of 62.2%.

The monthly increase in jobs can primarily be attributed to: 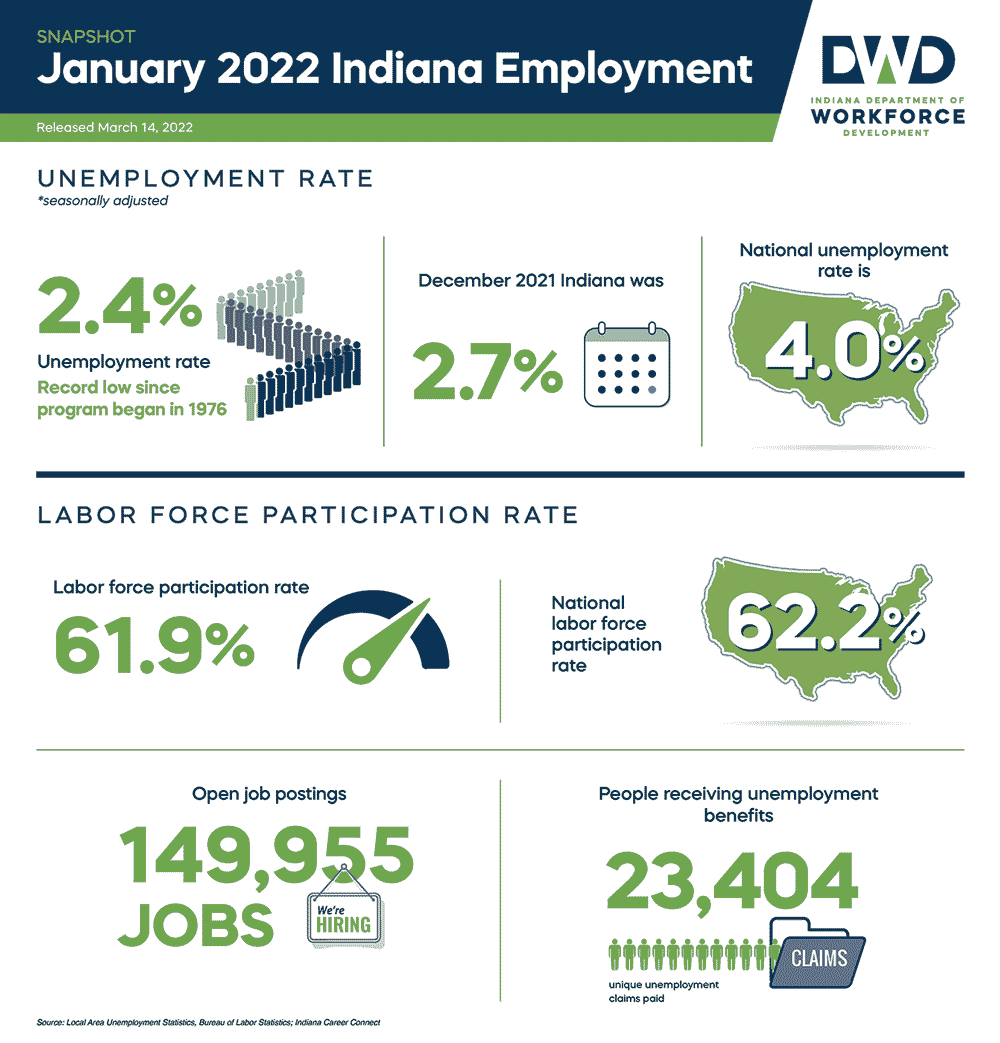 I play on the radio from 7 am -1 pm weekdays on 98.9 FM WYRZ and WYRZ.org. Follow me on twitter @WYRZBrianScott or e-mail me at brian@wyrz.org.
Previous Emergency SNAP Allotments to End After May
Next Lt. Gov. Crouch, IHCDA now accepting applications for the Indiana Homeowner Assistance Fund