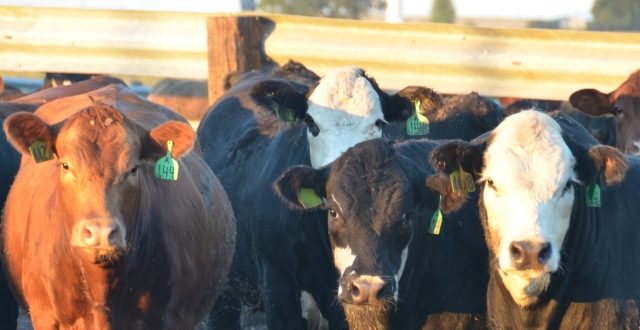 In late April, bovine tuberculosis (commonly called “TB,” or more formally known as Mycobacterium bovis) was discovered on a beef cattle operation in Southeastern Indiana. TB-positive cattle from this operation were identified through routine inspection at a meat processing facility in Pennsylvania.

The Indiana State Board of Animal Health (BOAH) is conducting an investigation including testing all cattle in a 3-mile radius around the infected herd.

BOAH staff worked with the owners to test the remaining cattle in the herd, which were located on two Franklin County sites. All of the animals were promptly removed to prevent further spread. The herd owners have provided purchase, sale and movement records of animals into and out of the herd for the last several years. Owners of herds associated with these movements are being notified as they are identified. Animals on those sites must be TB-tested or cleared of risk by other means (such as TB-free status).

BOAH is also coordinating efforts with the Indiana Department of Natural Resources (DNR) to determine if the disease is present in the wildlife population. BOAH and DNR have worked together on surveillance of hunter-harvested white-tailed deer in Franklin and surrounding counties since 2009. Of 430 wild white-tailed deer tested, none were found infected.

More information about the disease and the investigation, as it develops, will be available on the BOAH website at:  www.boah.in.gov.

I play on the radio from 7 am -1 pm weekdays on 98.9 FM WYRZ and WYRZ.org. Follow me on twitter @WYRZBrianScott or e-mail me at brian@wyrz.org.
Previous Putnamville Meth Suppression Troopers Arrest Two in Sullivan County
Next Indiana Office of Community and Rural Affairs Announces Downtown Enhancement Grant Application Availability