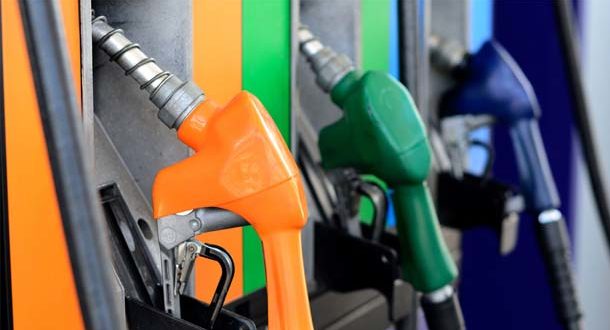 As of 3:39 a.m. ET today, Indiana residents were paying an average of $2.61 per gallon for regular unleaded while the national average stands at $2.38.

Despite recent nationwide gas price increases, Hoosiers are still paying 33 cents less than they were one year ago today and the national average is 42 cents below its mark from 12 months ago.

The nation’s top 10 most expensive state averages are…

Overall, pump prices have increased for 28 of the past 33 days.

Crude Oil Prices The cost of crude oil has steadily increased during the last few weeks, which has undoubtedly contributed to rising gas prices. Industry experts are attributing crude oil price jumps to unexpected production disruptions in places like Canada and Nigeria. Since early April, the cost of crude oil has increased by more than $13 per barrel to the highest levels seen since 2015.

Great Lakes Region Pump prices in the Great Lakes states reportedly continue to climb due to tightening supplies and strong demand for gas. Headlining the supply challenges in the region is the recent shutdown of a segment of the West Shore pipeline (Wisconsin) for what has been described as repair and inspection procedures. Operational challenges are also being reported at Marathon’s Detroit, MI refinery and ExxonMobil’s Joilet, IL plant.

I play on the radio from 7 am -1 pm weekdays on 98.9 FM WYRZ and WYRZ.org. Follow me on twitter @WYRZBrianScott or e-mail me at brian@wyrz.org.
Previous Governor Pence Names Sally Tuttle to Chair The Indiana Native American Indian Affairs Commission
Next Coats Named 2016 Public Policy Champion of Philanthropy by Indiana Philanthropy Alliance