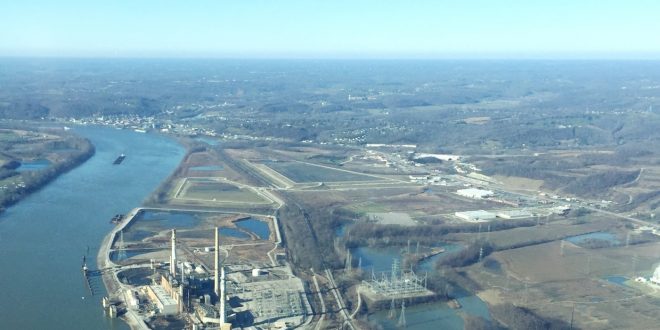 September 21, 2017–INDIANAPOLIS – Governor Eric J. Holcomb today announced that the Ports of Indiana has entered into an agreement to purchase 725 acres of land, with portions in Lawrenceburg and Aurora, Ind., to be the potential home of a fourth state port.

“While we’re only beginning this process, it’s hard not to be excited by the prospect of a fourth port in Indiana,” Gov. Holcomb said. “The economic benefits to the region and the state as a whole would be game changing—providing new jobs and development opportunities.”

The agreement allows the Ports of Indiana to begin studies to examine the environmental and economic viability of the parcel of land on the Ohio River about one mile southwest of downtown Lawrenceburg. The Ports of Indiana must complete its due diligence and—if it determines the site is a viable option—move to purchase the site by Dec. 2018.

“Indiana’s ports are important economic drivers for our state, connecting Indiana to the world every day,” said Rich Cooper, CEO for the Ports of Indiana. “We welcome this opportunity to explore the possibility of a fourth port for our state and are eager to move quickly to determine the viability of this land for use as a port to attract major investments and further spur southeast Indiana’s economy.”

The land is the site of a former American Electric Power plant. The agreement is with Tanners Creek Development, LLC, the site’s current owner, an affiliate of Commercial Development Company, Inc. If the Ports of Indiana decides to move forward, the total cost for the land and equipment would be approximately $8 million.

Indiana currently has three state ports operating on the Ohio River and Lake Michigan, with locations in Jeffersonville, Mount Vernon and Burns Harbor/Portage. Indiana has not opened a new port since 1985. Over the years, the Ports of Indiana has expanded each of its ports and now operates approximately 2,800 acres along Indiana’s navigable waterways. Indiana’s ports contribute over $7.8 billion per year to the state economy and support nearly 60,000 jobs.

Find out more at www.portsofindiana.com.

I play on the radio from 7 am -1 pm weekdays on 98.9 FM WYRZ and WYRZ.org. Follow me on twitter @WYRZBrianScott or e-mail me at brian@wyrz.org.
Previous Tera Klutz Announces Bid for State Auditor
Next Farmers, Hunters and 4-H Kids Meat the Need at Local Food Pantries