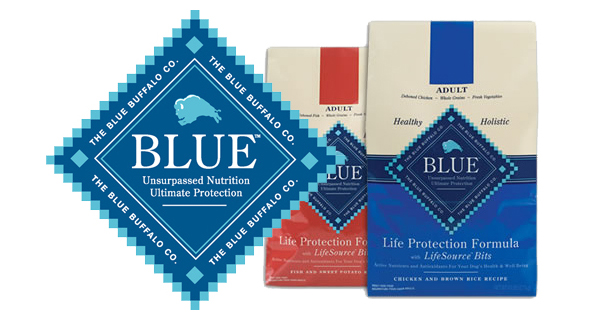 “I’m excited to welcome Blue Buffalo to Indiana, which is home to the highest concentration of manufacturing jobs in the nation,” said Governor Mike Pence. “As the best state in the Midwest for business, Indiana offers low costs and taxes, reduced corporate regulations and a skilled Hoosier workforce. Manufacturers created 3,300 new jobs in April alone, growing at a rate that ranks second in the nation, because Indiana is a state that works.”

The company, which is headquartered in Connecticut, will invest more than $100 million to construct and equip a production and distribution facility on 89 acres at 4748 Industries Road in Richmond. The facility, which will be Blue Buffalo’s second plant in the United States, will include a state-of-the-art pet food manufacturing plant as well as a research and development center.

“This is a very big day for Blue Buffalo,” said Bill Bishop, chairman and founder of Blue Buffalo. “This new, state-of-the-art addition to our manufacturing network will complement our facility in Missouri. We expect to further increase our internal production capacity and now will have two of the most modern manufacturing facilities in the pet food industry. Additionally, we plan to open a state-of-the-art R&D facility on our premises. We are also very proud of our plan to create over 160 full-time jobs and look forward to being an upstanding partner in the Richmond community.”

Blue Buffalo, which was founded in 2002, offers a complete line of wholesome natural foods and treats for dogs and cats, which are sold nationwide through pet specialty retailers. The company plans to break ground on the new facility later this year, and will hire for positions in food processing, food quality assurance and general management. Blue Buffalo is the fourth pet food producer to locate operations in Wayne County.

“This is a huge breakthrough for the city of Richmond and our entire area,” said Richmond Mayor Dave Snow. “It has been made possible by a new era of partnerships between the city, the county and our economic development corporation. Blue Buffalo’s commitment to Richmond is a testament to this area’s viability for job growth. With this announcement, Richmond has secured its place on the national map for economic development.”

Indiana has added more than 152,000 new jobs since January 2013, including 32,000 manufacturing jobs. Roughly 8,500 manufacturing businesses operate in Indiana today, accounting for 20 percent of the state’s workforce and 25 percent of Indiana’s total economic output.

The Indiana Economic Development Corporation offered Blue Buffalo Company up to $1,625,000 in conditional tax credits based on the company’s job creation plans. These incentives are performance-based, meaning until Hoosiers are hired, the company is not eligible to claim incentives. Wayne County and the city of Richmond have approved additional incentives at the request of the Economic Development Corporation of Wayne County Indiana.

I play on the radio from 7 am -1 pm weekdays on 98.9 FM WYRZ and WYRZ.org. Follow me on twitter @WYRZBrianScott or e-mail me at brian@wyrz.org.
Previous Indiana Schools, Communities Rally to Keep Students on Track for Scholarships
Next Michigan-Based Provider of Specialty Vehicles and Services Adding 100+ Jobs in Elkhart County