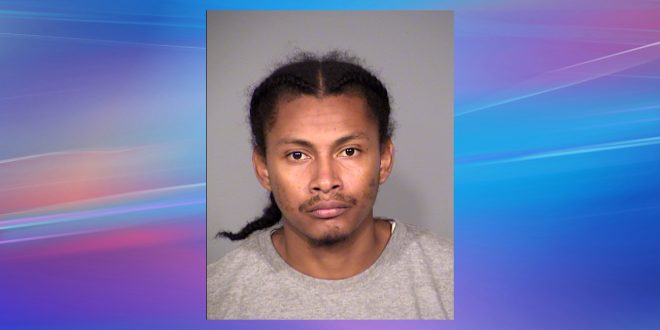 INDIANAPOLIS – Just before 2:00 a.m. on May 30, 2017 officers were sent to the 1100 block of Congress Avenue for a person shot. When officers arrived, they found 39-year-old Damon Young in the street suffering from at least one gunshot wound. Young was transported to Eskenazi Hospital in critical condition where despite best life-saving efforts of medical professionals the victim was subsequently pronounced dead.

On January 16, 2018 at approximately 7:30 p.m. Homicide detectives arrested 33-year-old Clarence Holder for his involvement in the death of Damon young. Homicide detectives gathered information from witnesses and evidence at the scene that led them to Holder.  IMPD Homicide detectives worked with IMPD Northwest Detectives who located Holder.  Holder was arrested for suspicion of murder. The Marion County Prosecutors Office (MCPO) will review the arrest and make final charging decisions.

IMPD would like to thank the community for their continued support and making Indianapolis a better place to work and live.

I play on the radio from 7 am -1 pm weekdays on 98.9 FM WYRZ and WYRZ.org. Follow me on twitter @WYRZBrianScott or e-mail me at brian@wyrz.org.
Previous Danville Man Charged with Death of 4 Year Old Boy
Next Donnelly: Congress Must Act to Ensure Thousands of Hoosier Retirees Receive Pensions They Have Earned