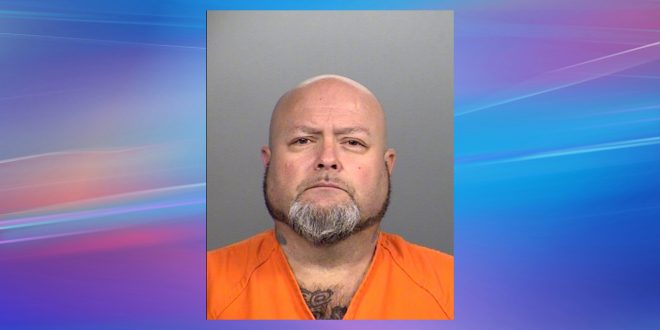 INDIANAPOLIS- On January 21, 2018 at 11:30 a.m., Officers with the Indianapolis Metropolitan Police Department (IMPD) were dispatched to the 300 block of Barton Avenue on the report of a person stabbed.  Officers arrived and located 38-year-old Franklin Lainez-Carcamo bleeding profusely.   Mr. Lainez-Carcamo had an apparent stab wound. Indianapolis Emergency Medical Services (IEMS) responded and transported him to Eskenazi Hospital. Despite the best life-saving efforts by emergency medical staff, the victim succumbed to his injuries in the morning hours of January 25, 2018.

Homicide detectives along with Aggravated Assault detectives responded to the incident scene and began speaking to witnesses. The Marion County Forensic Services Agency also responded to the scene to assist with identifying and collecting forensic evidence. The Marion County Coroner’s Office (MCCO) will determine the exact manner and cause of death.

Anyone with information should call the IMPD Homicide Branch at 317-327-3475 or Crime Stoppers of Central Indiana at 317-262-TIPS. Citizens can also download the mobile P3tips app for Apple or Android phones to submit a mobile tip, or go to www.CrimeTips.org to submit a web tip. You will remain anonymous and may be eligible for a cash reward of up to $1000 if the information leads to a felony arrest.  Only tips submitted directly and anonymously to Crime Stoppers are eligible for these cash rewards.

I play on the radio from 7 am -1 pm weekdays on 98.9 FM WYRZ and WYRZ.org. Follow me on twitter @WYRZBrianScott or e-mail me at brian@wyrz.org.
Previous Donnelly and Young Introduce Bill Establishing Indianapolis’ Kennedy-King Park as National Historic Site
Next Donnelly Announces Location for Vietnam War Veterans Day Event in March—Plainfield High School—Just Outside of Indianapolis