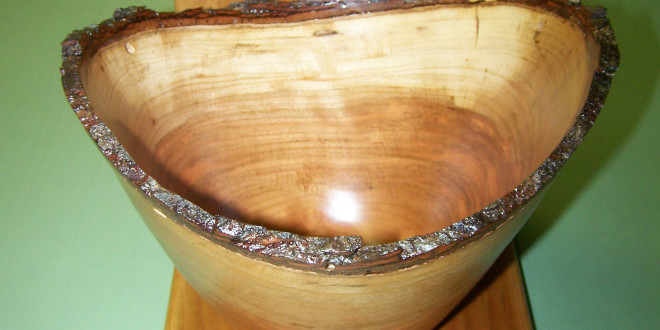 Bedford, IN – December 11, 2015. An award for promoting recreation through outreach efforts in conservation education was presented to the Hoosier National Forest  by the Chief of the Forest Service on December 3 at a special award ceremony in Washington D.C.

The Forest was also recognized with two Regional Honor Awards and one Honorable Mention at the 20-state Eastern Regional level.  “This is well deserved recognition of the effort and commitment of our employees,” said Mike Chaveas, Forest Supervisor for the Hoosier National Forest. “We’re the smallest Forest in the Region, and we take home awards in two of the eight categories, along with an honorable mention in a third category.  This is tremendously impressive.”  The regional awards will be presented at an awards ceremony in Wisconsin in February.

Chaveas is grateful to everyone who put in the work that was worthy of the seven nominations submitted. Many nominations included Forest partners who work closely with employees to accomplish Forest goals.

The Chief’s Honor Award recognized the Hoosier for promoting an understanding and appreciation of the outdoors and outdoor experiences, particularly among underserved and under-represented groups. Several events and activities, many of which involved local partners were cited in achieving this goal.  Chaveas noted, “Every employee on the Forest played a role in this award, from those who coordinated the events, to those who ran the stations that taught a child  to cast a fishing line, to those who worked with special needs children, or taught adults wildflower or tree identification. We also couldn’t have done this without our partners who assisted with the events and helped make the outdoor experiences the success they were.”  Judi Perez, Public Affairs Officer, traveled to Washington D.C. to accept the award on behalf of the Hoosier.

The other nomination which received a Regional Honor Award was for an expanded partnership in Fire Management. With uncertain budgets and limited resources, Chaveas explained the Hoosier Fire Management team strengthened its partnerships and moved the fire program forward. Chaveas said, “Working with partners is allowing us to be more effective in planning and implementation of prescribed fire treatments and in responding to wildfire threats in Indiana and across the country.”  He said this award included a list of several partners including the IDNR, Indiana University, The Nature Conservancy (TNC), U.S. Army Corps of Engineers, U.S. Fish and Wildlife Service, and the National Park Service.

An Honorable Mention was received for an award for the Hoosier National Forest and The Nature Conservancy’s work on a ‘Legacy of Successful Landscape Conservation in Southern Indiana’.  Chaveas emphasizes that collaborative conservation in Indiana isn’t just a catchphrase – these two organizations work together to get things done.  He noted last year the Forest acquired four properties totaling 455 acres that had been previously purchased by TNC with the goal of incorporating those lands in the Forest for the benefit of all Americans.  Three parcels overlay and buffer the ecologically-significant Lost River Cave system, home to 16 globally-rare animal species. The fourth parcel is located within the Brown County Hills landscape conservation area, which is the largest intact block of hardwood forest in the lower Midwest, a globally Important Indiana Audubon Important Bird Area and an increasingly popular recreation destination.

“Teamwork between colleagues on the Forest and our partners doesn’t get any better than this. Each person who was part of these awards should be proud of the roles they played in connecting Hoosiers to the land and improving the condition of southern Indiana’s Forests for the greatest good in the long run,” said Chaveas.

The Hoosier National Forest has over 203,000 acres of public land in the hills of south central Indiana. The Forest provides a wide mix of opportunities and resources for people to enjoy. The Hoosier National Forest is one of 153 national forests in the U.S. Forest Service under the Department of Agriculture. The Forest Service mission is to sustain the health, diversity, and productivity of the Nation’s forests and grasslands to meet the needs of present and future generations.