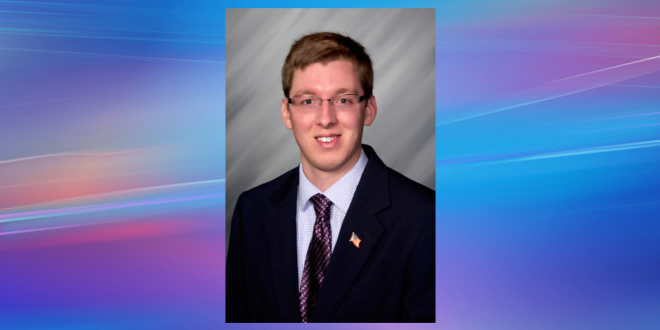 INDIANAPOLIS – Governor Eric J. Holcomb today announced that he has appointed David Ober to fill a vacancy on the Indiana Utility Regulatory Commission created by the retirement of Jim Atterholt. Additionally, Holcomb announced that he has appointed Jim Huston to serve as chairman for the IURC. Huston has served as the interim chairman since Atterholt retired in early January.

“The nominating committee brought me a list of three qualified candidates to fill the IURC vacancy, and after careful consideration I have selected David Ober. I believe he will be an excellent addition to this important group,” Gov. Holcomb said.

When a vacancy occurs on the IURC, applications are solicited from the public and accepted by a seven member nominating committee. The committee, comprising four legislative and three gubernatorial appointments, screens the applications and conducts interviews that are open to the public. After conducting the public interviews, the nominating committee recommends three candidates to the governor who then names a new member to the commission.

For nearly six years, David Ober has served as state representative for House District 82, a position from which he will resign prior to becoming an IURC commissioner. During his legislative service, Ober chaired the House Utilities, Energy and Telecommunications Committee. Ober has a bachelor’s degree computer graphics from Purdue University Calumet. He is the tourism asset coordinator for the Noble County Convention and Visitors Bureau and previously worked for KPC Media Group in Kendallville.

Jim Huston was appointed an IURC commissioner by former-Gov. Mike Pence in 2014 and reappointed by Gov. Holcomb in 2017. Huston serves as a National Association of Regulatory Utility Commissioners (NARUC) representative on the Gas Technology Institute’s Public Interest Advisory Committee.

“Jim has a great deal of knowledge and expertise in utility regulation and a track record for successful leadership. He will be a strong chairman for the IURC well into its future,” Gov. Holcomb said.

Huston served in the administrations of both Gov. Pence and Gov. Daniels. He was chief of staff at the Indiana State Department of Health during the Pence administration and executive director of the Office of Faith Based and Community Initiatives during the Daniels administration.

Jim has held a variety of leadership positions throughout his more than 30-year career at both the federal and state level, including service as Assistant Deputy Treasurer for the state of Indiana in 1989 and as Deputy Commissioner for the Bureau of Motor Vehicles from late 1986 to 1987.

Jim has both a B.S. (1986) and an M.A. (2016) from Ball State University. He also is a 1987 recipient of the Sagamore of the Wabash Award and is a member of Brownsburg Kiwanis. Jim, his wife Christy and their four boys reside in Brownsburg.

The IURC soon will begin accepting applications to fill another commission vacancy. Commissioner Angela Weber’s term expires April 1, 2018. She will serve until a new commissioner is selected.

I play on the radio from 7 am -1 pm weekdays on 98.9 FM WYRZ and WYRZ.org. Follow me on twitter @WYRZBrianScott or e-mail me at brian@wyrz.org.
Previous Governor Holcomb to Build International Ties, Generate Economic Opportunities in Canada
Next President Trump Signs Banks’ Veterans Bill