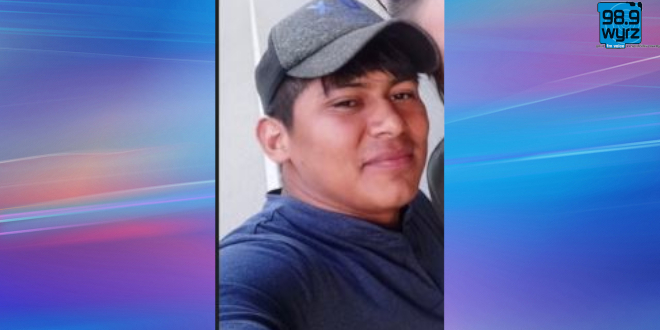 AVON- On 06/18/2022 at approximately 9:20 pm, Hendricks County Sheriff’s Deputies responded to the report of “Trouble with a Person” that had occurred on the B&O trail north of the Wynbrooke subdivision near 21st St. and Raceway Rd.

The initial report was that a 17-year-old girl was approached while walking alone on the trail by four unidentified males.  Investigation indicates that one of the males, who was described as Hispanic and approximately 30 years of age, attempted to engage the girl in conversation and expressed a romantic interest in her.

The girl walked westward with the man for an undetermined period of time, but then turned around to go back eastbound on the trail, from where she had originally come.  The man attempted to kiss the girl and she fled on foot. The man then caught up with the girl and held onto her hand in attempt to get her to come back with him on the trail.  The girl pulled away from the man and she continued running away from the trail.  The man was last seen walking westbound on the trail toward Ronald Reagan Blvd.

Hendricks County Detectives are attempting to identify the man involved in this incident. If anyone recognizes this man, please contact Det. Sgt. Charles Tyree at 317.745.9354.

We would like to encourage people who use the trails for fitness to travel in groups, especially during the evening hours, and to report any suspicious activity to local police.

All suspects are presumed innocent until proven guilty in a court of law.

I play on the radio from 7 am -1 pm weekdays on 98.9 FM WYRZ and WYRZ.org. Follow me on twitter @WYRZBrianScott or e-mail me at brian@wyrz.org.
Previous Gov. Holcomb calls a Special Session to return $1 Billion to Hoosier Taxpayers
Next Indiana’s CollegeChoice 529 Savings Plans Top Rated for Performance