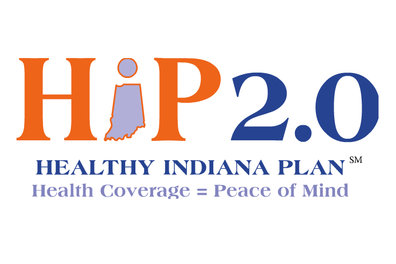 Indianapolis – The results of a study conducted by the Lewin Group, an independent health care consulting firm, affirm the success of the design and implementation of the Healthy Indiana Plan (HIP) 2.0.

“The Healthy Indiana Plan is proving what Hoosiers have known all along: when we give people choices and the opportunity to be active participants in their own health care, it leads to better health outcomes,” said Governor Mike Pence. “HIP 2.0 should serve as a national model for how state-led reforms can actually accomplish what national health care reform has failed to do. We can provide financially sustainable health care to low-income populations that will actually lead to healthier lives.”

In a letter of support of the program, Dennis Murphy, President and CEO of Indiana University Health wrote, “IU Health is pleased by the progress and potential of HIP 2.0 and its ability to support low-income, hardworking Hoosiers in managing their health care needs and costs. The Pence Administration has once again captured the essence of Hoosier innovation, solidifying Indiana as a leader in Medicaid reform and the advancement of consumer-driven health care.” Key findings of the study include:

HIP 2.0 currently has more than 390,000 members enrolled and is available to all non-disabled Hoosiers age 19-64 with incomes at or below 138 percent of the federal poverty level. Information about eligibility and how to apply is available at www.hip.in.gov.The Lewin Group’s evaluation report is available here.

I play on the radio from 7 am -1 pm weekdays on 98.9 FM WYRZ and WYRZ.org. Follow me on twitter @WYRZBrianScott or e-mail me at brian@wyrz.org.
Previous ISP Reminds Motorists to Stop for School Bus Stop Arms
Next Indiana Secretary of State Connie Lawson Finalizes Agreement with JPMorgan Chase