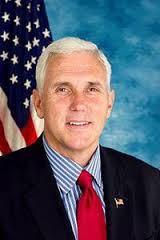 Indianapolis – Governor Mike Pence, a long-time advocate for the repeal of Obamacare and the medical device tax today issued the following statement regarding the suspension of the excise tax on medical devices for two years as part of the year-end government funding and tax provisions bill.

“The life sciences industry has a $59 billion impact on Indiana’s economy, employing more than 56,000 Hoosiers with 20,000 of them in medical device-related jobs.

“Indiana’s continued economic growth in the life sciences industry is largely dependent upon having a federal and state tax code that encourages continued investments in the products that save and improve lives. I will continue to work with our Congressional delegation in Washington, D.C. until the medical device tax is repealed once and for all.”