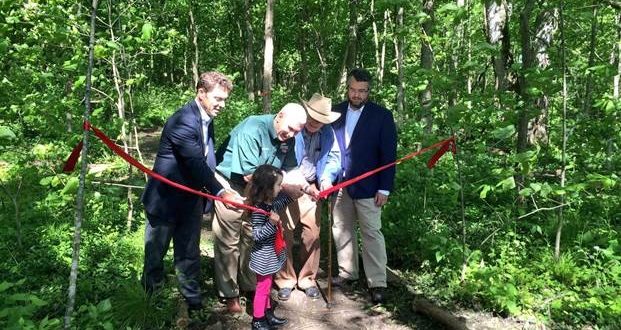 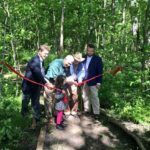 Indianapolis – Governor Mike Pence today cut the ribbon on Meltzer Woods Nature Preserve in Shelbyville as part of the Bicentennial Nature Trust (BNT). The 60-acre wooded land is one of the state’s last remaining old growth forests and today’s dedication as a nature preserve brings the total number of acres in the Indiana nature preserve system to 50,000. 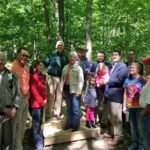 “I’m pleased to join the Meltzer family, Central Indiana Land Trust, Indiana Bicentennial Commission, and the Indiana Department of Natural Resources as we cut the ribbon to officially open Meltzer Woods Nature Preserve here in Shelby County,” said Governor Pence. “By marking the Meltzer Woods Nature Preserve as an official part of the Bicentennial Nature Trust, we are ensuring part of Indiana’s unmatched natural beauty will remain intact for generations to come. I can’t think of a better gift during this Bicentennial year than recognizing the importance of preserving pieces of our natural legacy to remind Hoosiers where we came from, and to cherish the Indiana we inherited.”

Indiana’s system of Nature Preserves was established by a 1967 Act of the Indiana General Assembly, called the 1967 Nature Preserves Act. The system’s purpose is to provide permanent protection for significant natural areas within the state. There are 272 preserves in 71 of Indiana’s 92 counties.

Former Governor Mitch Daniels announced the BNT in his 2012 State of the State Address as a new statewide effort to honor Indiana’s 200th anniversary in 2016.  The BNT was created to preserve and protect important conservation and recreation areas throughout Indiana by matching donations of land or dollars. Property acquired with this fund becomes part of the public trust to ensure that the land is protected for future generations of Hoosiers to use and enjoy. To date, the BNT has approved $29.2 million for 183 projects in 66 counties, 109 of which are complete for a total of 10,004 acres.

I play on the radio from 7 am -1 pm weekdays on 98.9 FM WYRZ and WYRZ.org. Follow me on twitter @WYRZBrianScott or e-mail me at brian@wyrz.org.
Previous Coats Opposes Obama Administration Public School Bathroom Guidelines
Next AAA Says More Than 38 Million Americans Expected to Travel Memorial Day Weekend