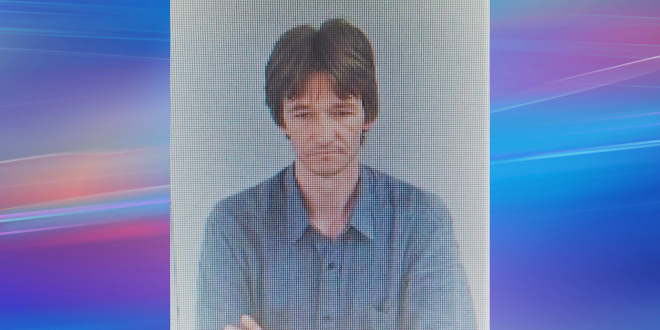 (Huntington, IN)-  A DeKalb County fugitive, 37 year old  Justin Loren Crager of Garrett, Indiana, is now behind bars after holding police at bay during a five hour armed barricade in Huntington earlier this morning.

The incident started this morning at approximately 7:30am, when State Troopers from the Fort Wayne Post went to a residence in the 1500 block of Cantfield Dr, Huntington, searching for Justin Crager who was wanted on six outstanding DeKalb County felony arrest warrants, all related to Dealing Methamphetamine and Possession of Methamphetamine charges. Troopers had developed information that Crager was hiding out at this residence in an apparent effort to avoid police detection and apprehension.

Troopers arrived at the residence and spoke with a female and a male associates of Crager. They identified Crager and stated that he was in an upstairs bedroom armed with a handgun.  Troopers made verbal contact with Crager, and spent nearly two hours attempting to get him to peacefully surrender.  After exhausting their options,  Troopers contacted  the Fort Wayne Police Department Special Operations Emergency Services Team (EST) for assistance in resolving the situation.

At approximately 11:30am, FWPD Hostage Negotiators were able to make phone contact with Crager, and from those successful negotiations Crager agreed to a peaceful surrender. He was taken into custody by FWPD EST officers around 12:30pm without further incident, and then turned over to State Police Detectives.

As a result of today’s incident, Crager was transported to the Huntington County Jail. He was arrested on charges of Resisting Law Enforcement and Possession of Drug Paraphernalia, and booked into the custody of the Huntington County jail staff.  He will be held there until transferred at a later date to the DeKalb County Jail, at which time he make an appearance on the six outstanding felony warrants that initiated the events that took place today.

I play on the radio from 7 am -1 pm weekdays on 98.9 FM WYRZ and WYRZ.org. Follow me on twitter @WYRZBrianScott or e-mail me at brian@wyrz.org.
Previous Two Evansville men charged with poaching white-tailed deer
Next KAR Opens U.S. Headquarters for TradeRev Business Unit in New Downtown Indianapolis Location