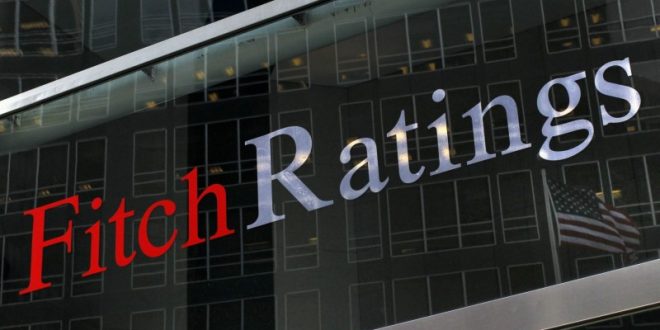 Indianapolis – Governor Mike Pence today announced that Fitch Ratings has reaffirmed Indiana’s AAA credit rating for its responsible management of state budgets, revenue, and public debt. Indiana has held AAA ratings with all three agencies, Standard and Poor’s, Moody’s and Fitch Ratings, since April of 2010. The AAA rating is the highest possible rating of the state’s finances. It signals to families and businesses already in Indiana or thinking of moving here that Indiana is a strong and stable environment for investment, growth, and keeping more of what they earn.

“Indiana is truly the fiscal envy of our nation,” said Governor Pence. “Fitch’s affirmation of our fiscal management reflects what Hoosiers have come to expect in state government – balanced budgets, low taxes and a healthy savings account that will protect us in the event of an economic downturn. Our responsible management of the state’s checkbook has also allowed us to make historic investments in education and infrastructure. I’m proud that the most recent budget I signed into law included the largest K-12 education increase in state history. We’ve also committed more than $2.5 billion in additional road and bridge funding, while prioritizing workforce development that will help Hoosiers get the high-wage jobs they deserve. This disciplined management of Indiana’s fiscal health has allowed the Hoosier state to grow our economy, and we have seen record employment and investment in the last few years. I call that the playbook for success.”

The Fitch Ratings report cited many of the state’s economic and fiscal strengths, particularly its commitments to a balanced budget and fiscal flexibility, while working mindfully with the revenue collections. Fitch Ratings noted Indiana’s job growth is above the national trend, and that in addition to Indiana’s national manufacturing leadership, the state has seen strong growth by diversifying into other industries like the health-service industry.

The report emphasized Indiana’s “conservative fiscal practices” with “ample budgetary reserves,” and “the state’s control over revenues and spending and a demonstrated willingness to take timely budgetary action,” as what sets it apart in weathering economic downturns.

The report in full can be found here.

I play on the radio from 7 am -1 pm weekdays on 98.9 FM WYRZ and WYRZ.org. Follow me on twitter @WYRZBrianScott or e-mail me at brian@wyrz.org.
Previous Americans Will Take More Trips than Ever This Independence Day Weekend
Next Delaware-Based Sallie Mae Chooses Indiana for Growth and Nearly 300 Hoosier Jobs