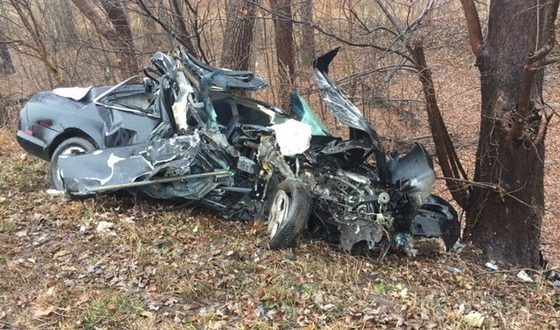 Parke County—This morning at 9:49, Indiana State Police Trooper Michael Organ was patrolling along State Road 163 just west of US 41 (Lyford), when he came upon a one vehicle crash. The vehicle sustained heavy damage, but the female driver was able to free herself from the wreckage as Organ was stopping. 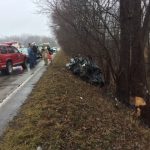 Preliminary investigation revealed a black 2000 Honda passenger car, driven by 50-year-old Terry Coffin of Brazil, IN., was westbound on SR 163, traveled off the north edge of the roadway, and struck a tree.

Terry Coffin was transported to Union Hospital of Clinton for possible internal injuries, lacerations, and complaint of pain.

Coffin was cited for no valid driver’s license and improper vehicle registration.

I play on the radio from 7 am -1 pm weekdays on 98.9 FM WYRZ and WYRZ.org. Follow me on twitter @WYRZBrianScott or e-mail me at brian@wyrz.org.
Previous Firefighters Museum, Storytelling Arts to Receive Funding from Indiana Historical Society
Next Driver Succumbs Following Crash that Ends in a Pond in Putnam County