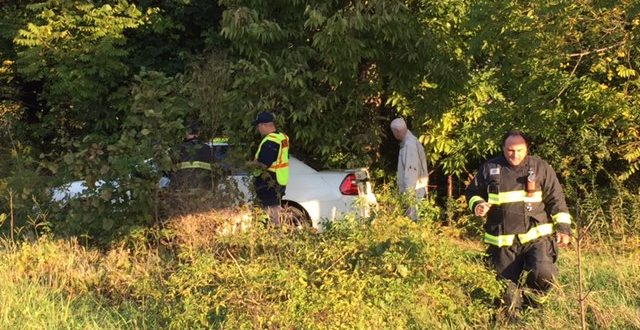 Vigo County—This morning at 8:52, Indiana State Police, along with Terre Haute Police and Terre Haute Fire Department units responded to a one-vehicle crash in the westbound lanes of Interstate 70 at the 9.5 mile marker.

Preliminary investigation revealed a white 2007 Chevrolet Malibu, driven by 71-year-old Jerry Hicks of Mayo, Florida, was westbound on I-70 and reportedly fell asleep. The Malibu drifted off the south edge of the interstate, Hicks then overcorrected causing the vehicle to veer across the westbound lanes and into a wooded area on the north side of the interstate.

Jerry Hicks reported no injuries. His wife, 63-year-old Donece Hicks, was transported to Terre Haute Regional Hospital for treatment of a right arm injury and back pain.

I play on the radio from 7 am -1 pm weekdays on 98.9 FM WYRZ and WYRZ.org. Follow me on twitter @WYRZBrianScott or e-mail me at brian@wyrz.org.
Previous Town of Brownsburg begins increased enforcement of temporary signs
Next Attempted robbery leads to shots fired and arrests possibly connected to Hendricks and Marion County robberies