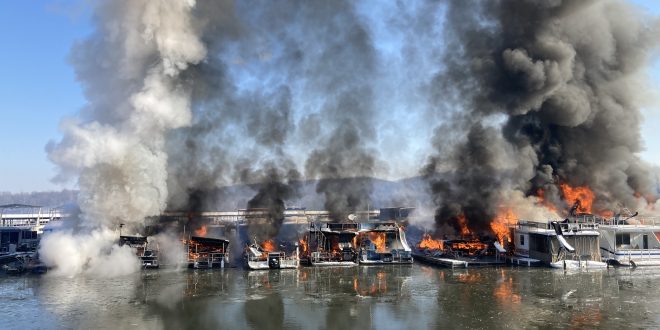 Indiana Conservation Officers are investigating a fire that damaged or destroyed twenty-two boats at Hoosier Hills Marina located at Patoka Lake on Friday.

At approximately 8:45 a.m., smoke from a boat in the “A” dock was observed. The cause of the fire is still under investigation by the State Fire Marshalls Office. No injuries were reported.

During the initial investigation it was determined that after the fire started efforts were made by Hoosier Hill Marina staff to put out the fire.  Two boats were moved from the docks, creating a fire break.

Staff from the marina are working to contact the affected boat owners.

I play on the radio from 7 am -1 pm weekdays on 98.9 FM WYRZ and WYRZ.org. Follow me on twitter @WYRZBrianScott or e-mail me at brian@wyrz.org.
Previous Holcomb signs legislation providing COVID liability protections
Next Visit. Check-in. Get Rewards. IDDC Launches Indiana State Nature Passport