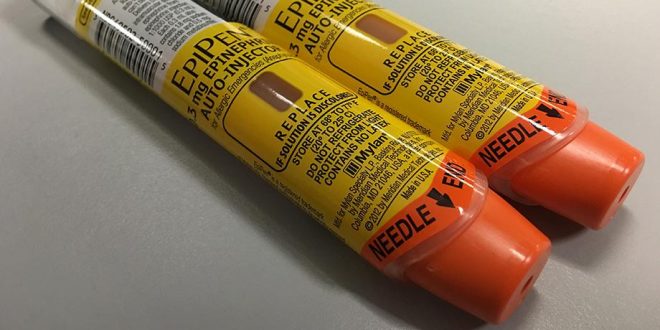 Washington, DC — In a letter to the CEO of pharmaceutical company Mylan, 20 senators, including U.S. Senator Joe Donnelly (D-IN), expressed their serious concerns about the company’s recent significant price hikes for the life-saving EpiPen Auto-Injector. In the letter, led by Senator Elizabeth Warren (D-MA), the senators raised questions about Mylan’s decision making that threatens consumer safety.

Donnelly said about the letter, “I am deeply concerned that this dramatic price increase may already be limiting access for some Hoosiers who rely on this life-saving product. I have heard from Hoosiers who simply cannot afford the EpiPen and have been forced to take the risk that their expired product will work in the event of an emergency.”

The Senators stated in the letter, in part, “The EpiPen…has become so exorbitantly expensive that access to this life saving combination product is in jeopardy for many Americans. Mylan’s near monopoly on the epinephrine auto-injector market has allowed you to increase prices well beyond those that are justified by any increase in the costs of manufacturing the EpiPen.”

The letter notes that in response to public concern about the rising cost of the EpiPen, Mylan has expanded its current accessibility programs — including increasing the maximum value of its savings card from $100 to $300 – although the company would not reduce the EpiPen’s sticker price.

The senators requested that Mylan answer a series of questions to provide additional information about the impact that the EpiPen price hike and the associated changes in Mylan’s patient assistance program and other accessibility programs will have on consumers.

Read a PDF copy of the senators’ letter here.

I play on the radio from 7 am -1 pm weekdays on 98.9 FM WYRZ and WYRZ.org. Follow me on twitter @WYRZBrianScott or e-mail me at brian@wyrz.org.
Previous State Farm Renews Hoosier Helper Sponsorship Ahead of Labor Day Travel
Next Indiana’s Title IV-D Child Support Program is reducing common barriers to ensure Hoosier children are receiving support