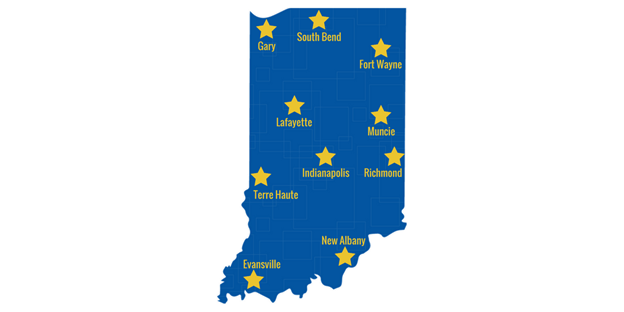 Indianapolis, Ind. – U.S. Senator Joe Donnelly announced today that, as promised, he has donated his pay for the three days that the federal government was shut down last month. The pay, worth $940, was donated to ten food banks across Indiana. Donnelly helped craft a deal last month to end the shutdown by working with a bipartisan group of more than 20 Senators.

Donnelly said, “I’ve long said that funding the government is our most basic job, which is why I voted to keep the government open. As I have in the past, I’ve donated my pay from the days the government was shut down to Hoosier food banks, as I thought it was inappropriate for me to take my paycheck because Congress had failed to fund the government.”

These are the same ten foodbanks that Donnelly donated to in 2013, after he helped end that 16-day shutdown. According to Feeding America, there are 950,000 food insecure Hoosiers.

I play on the radio from 7 am -1 pm weekdays on 98.9 FM WYRZ and WYRZ.org. Follow me on twitter @WYRZBrianScott or e-mail me at brian@wyrz.org.
Previous Indiana Secretary of State Connie Lawson and the Indiana Department of Revenue to host Auto Dealer Training Sessions
Next Indiana State Police Increases Impaired, Dangerous Driving Patrols for March Madness and St. Patrick’s Day