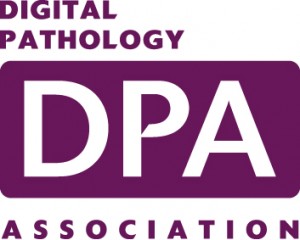 The Digital Pathology Association (DPA) recently announced its suggestion that digital pathology manufacturers currently interested in marketing Whole Slide Imaging (WSI) devices for primary diagnosis in the United States submit de novo applications to the Food and Drug Administration (FDA) based on clarity and guidance provided to the DPA from the FDA.

WSI technology is critical to advancement of cancer care and general pathology diagnostics. Until now, there has been little public guidance provided to the industry with respect to the regulatory route in the United States. Through close collaboration among all the benefactor members of the DPA including Leica Biosystems, Omnyx, Philips and Roche, the industry was able to work with the FDA to gain valuable clarity and guidance. The DPA acknowledges that this is a huge step forward for the industry and wants to recognize the hard work that transpired among all the contributors to achieve this important outcome and to further encourage continued support.

The DPA is composed of members from the pathology, scientific, histotechnology, and manufacturing communities. The organization’s mission–to facilitate education and awareness of digital pathology in health care—is carried out through a system of committees and taskforces. The Regulatory Taskforce, which was instrumental in the recent announcement regarding the opportunity for de novo applications, consists of the four vendor members and two distinguished pathologists, Drs. Eric Glassy and Anil Parwani. The regulatory experts and other key contributors included Esther Abels and Terry Sweeney from Philips; Tom Gutierrez from Leica Biosystems; Dr. Michael Montalto and Larry Kopyta from GE/Omnyx; and Elizabeth Little and Susan Noriega from Roche/Ventana.

Also critical to the success of this effort, as well as continued efforts, are the management teams within each of the benefactor companies. “This is purely a volunteer effort, as are all the committees in the DPA. We have to acknowledge the business leadership of these four companies for supporting the DPA in this and other important efforts”, said Michael Ward, Executive Vice President of the DPA. Ward went on to say, “We also must thank all the vendor team members who worked on this effort as well as the DPA executive team, including John Wellbank, president of the DPA, who aggressively supported this effort since the beginning”.

The FDA worked very closely with the DPA on this effort and should be commended for their hard work in providing much needed clarity for the industry. The next body of work for the DPA is to propose draft special controls that would be necessary to demonstrate safety and effectiveness of WSI devices. The FDA will ultimately establish such special controls with the first de novo authorization, should that occur. The FDA continues to work closely and regularly with the DPA members toward these goals.

I play on the radio from 7 am -1 pm weekdays on 98.9 FM WYRZ and WYRZ.org. Follow me on twitter @WYRZBrianScott or e-mail me at brian@wyrz.org.
Previous Brownsburg Public Library Releases 2015 Annual Report
Next Public input sought on Great Lakes water proposal from Wisconsin